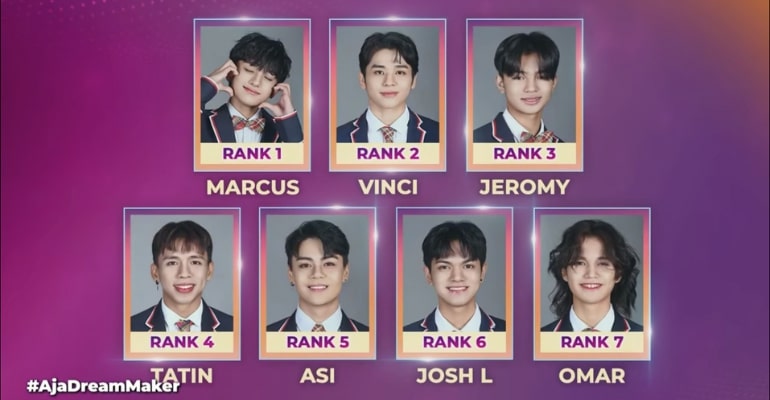 On Saturday, the first episode of the reality talent search ‘Dream Maker’ premiered. In Episode 1, 14 of the 62 dream chasers performed. Seven of the young aspirants made it to the top after much consideration from the judges.

The trending program by ABS-CBN is co-produced by South Korea’s MLD Entertainment and Kamp Korea. Young Filipino men are tasked to perform their best in front of a star studded K-pop mentor group, which include:

For the first episode of Dream Maker, seven performers ranked at the top out of the 16. See the first ranking below:

Marcus, the youngest of all the participants, managed to land at the top by surprising the mentors with his performance. Angeline Quinto dubbed him as “small but terrible.”

The Rank 1 performer is 13 years old.

Many local fans urged Filipinos to watch and support the show. One fan tweeted, “I highly recommend watching Dream Maker it’s the produce 101 of PH. Let’s support our local trainees and talents. They deserve it so much”

They then provided an image of mentor Bae Yoon Jung, a renowned K-pop dance choreographer known to put aspiring to tears with her reality check comments.

The P-pop survival show airs Saturdays and Sundays on Kapamilya Channel, Kapamilya Online Live, A2Z, iWantTFC, and TFC IPTV. It is hosted by Kim Chiu and Ryan Bang (the official translator of the Korean mentors).