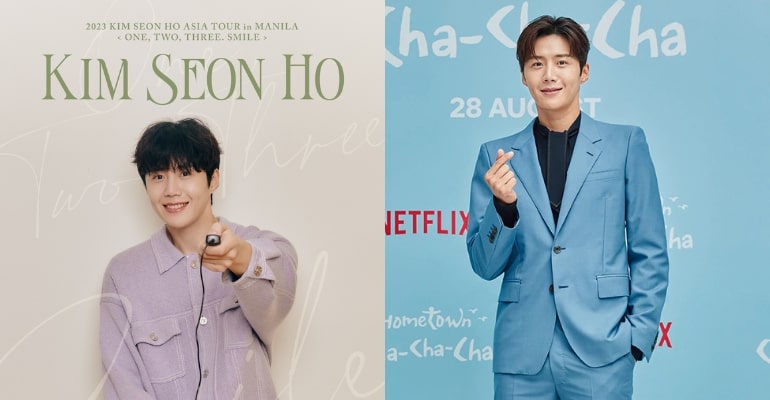 PULP uploaded a poster for the actor’s One, Two, Three, Smile fan meeting tour on its social media pages.

“On the count of three, flash your heart eyes and blushing smiles because South Korea’s ultimate charmer, Kim Seon Ho, is coming to Manila,” the post read.

The poster states that the meet will be at SM Mall of Asia Arena on January 22, 2023.

“The beginning of our 2023 is set to be filled with love as we welcome Kim Seon Ho and his fan meeting tour,” the event producer wrote.

Starting December 4, 2022, tickets will be available via SM Tickets, though prices have yet to be revealed.

Kim Seon-ho began his career as a theater actor, debuting in the TV series “Good Manager” in 2017.

He is known for his role in the “Hometown Cha-Cha-Cha” series in 2021. However, he rose to fame after playing Han Ji Pyeon or “Good Boy” in the successful kdrama “Start-Up” in 2020.

Other shows he starred in include “100 Days, My Prince,” “Welcome to Waikiki,” and “Strongest Delivery Man.”

He auditioned for a supporting role in “Strongest Deliveryman” initially but ultimately became one of the main actors. Seon-ho’s acting in the series marked his first appearance in a main acting role onscreen.