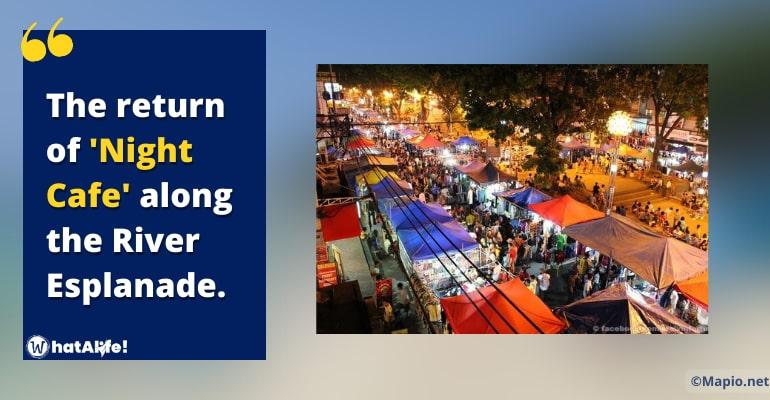 CAGAYAN DE ORO CITY, PHILIPPINES — First District of Cagayan de Oro Representative Rolando “Klarex” Uy will bring back the famous “Night Cafe” not in Divisoria but in Ilaya, Carmen’s proposed River Esplanade. He stated this during a recent visit to the Kagay-an Bridge Improvement Project, which is part of the JICA-funded Flood Risk Management Project.

This is the location where Klarex Uy plans to open the Night Cafe. It’s named River Esplanade, and it’s located on the riverside of Zone 7 Ilaya Carmen, facing Burgos Street CDO.

In the meantime, the contractor assigned to the project is still working. It will be noted that this said development was asked by the official to allocate funds to the congress and was also immediately employed by DPWH 10.

From 2004 to 2012, the Divisoria Night Cafe was a renowned weekend culinary tourism destination in the city. – WhatALife!