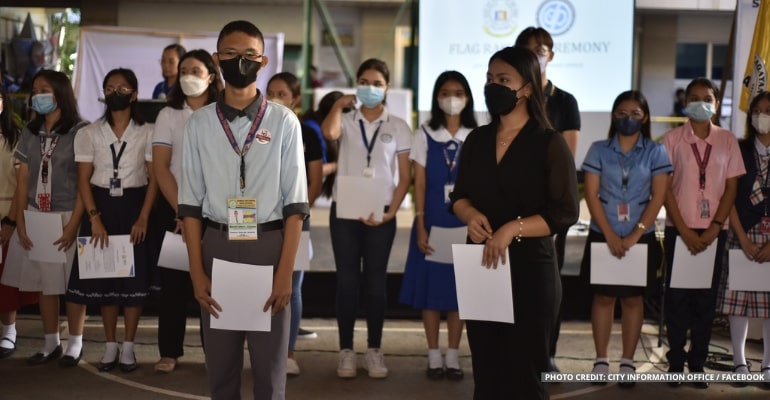 CAGAYAN DE ORO CITY, PHILIPPINES — Starting November 7, Monday, thirty student-leaders from private and public schools in the city will sit down as youth city officials. This event is part of a one-week youth exposure program of the Rotary Club of Cagayan de Oro.

The Rotary youth city officials took their oath of office in front of Mayor Klarex Uy in accordance with the Rotary Youth Week during Mondy’s flag raising cerenomy at the City Hall Quadrangle.

After taking their oath, they were individually taken to each city hall office to personally experience and observe the running and delivery of basic services in the city. The student-leaders also participated in the regular session of the 20th City Council presided over by Vice Mayor Bebot Rodriguez on Monday.

Previously, on November 4, Friday, the student-leaders were chosen through an election at the Philtown Oriental Garden Restaurant, where they underwent training under the Rotary Youth Week, with the theme, ‘mental health and fighting misinformation.’

The Rotary Youth Week is an annual project of the Rotary Club of Cagayan de Oro, in partnership with the city government through the Oro Youth Development Office, Sangguniang Kabataan Federation Office, Department of Education, and City Council for the Protection of Children. – WhatALife!/Zed