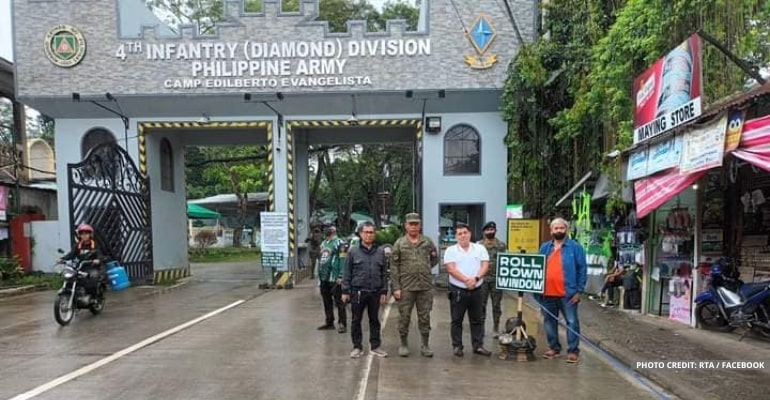 Calizo, Chairman of the Public Safety Committee, said that Camp Evangelista does not look like a camp compared to other AFP facilities in the country. Additionally, there is a risk that it will be completely moved outside of Cagayan de Oro if its transfer to the new location in Dansolihon is delayed.

There is also a legal issue regarding the ownership of lands within the camp from private families in the city.

Meanwhile, Councilor Ian Mark Nacaya said it would be best if 1st District Congressman Lordan Suan and 2nd District Congressman Rufus Rodriguez make ‘bill sponsorships’ for this issue so the Office of the President and Department of National Defense will prioritize the issue.

On November 6, Sunday, around 5 pm, a Barangay Patag resident was arrested for illegally possessing a bladed weapon and illegally discharging firearms, and they are now in jail.

Major Mantala identified the suspect as Bong Cagadas, 34 years old, single, and a resident of Zone 1 Sitio Buenavista of the barangay.

Personnel immediately proceeded to the area ang caught the suspect possessing an improvised shotgun made of a steel pipe before arresting them. The responding team from the police station requested the suspect to surrender his firearm, and they complied.

The improvised shotgun, locally known as ‘sumpak,’ was loaded with a 12 gauge bullet. The suspect also carried a sling bag during the incident containing a kitchen knife, a .22 caliber revolver loaded with four bullets, and a Philippine National Police manual.

Mantala revealed that Cagadas was charged with violations of Republic Act 10591, known as the illegal discharge of a firearm and illegally possessing a bladed weapon.

The suspect was turned over to the Regional Crime Laboratory Office-10 for paraffin examination, while the confiscated firearm underwent ballistics examination. – WhatALife!/Zed