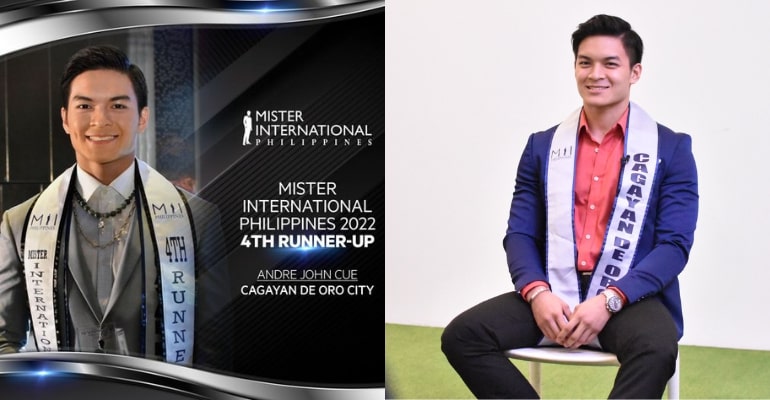 Andre John Cue, one of the youngest in the pageant, secured his place in the top 5 among other #DistinctivelyHandsome gentlemen from all over the country.

During the Q&A portion, the final leg of the event with the top 10 remaining contestants, King of Talk Boy Abunda, took to the stage.

(If you have the chance to ask God one question, what will it be?)

(I will ask, ‘why am I here in the world?’ But, I know why I am here – for my gift because all of us have one, and I want to nurture that gift.)

Abunda then voiced his understanding to Cue, saying, “I understand what you are trying to say because ang hirap makaharap ang Diyos (it is hard to face God). What you’re trying to tell me is that instead of asking a question, you want to say thank you.”

After Cue, the remaining top 10 candidates were then called for their questions.

The announcement of winners followed after the final walk of Mister International Philippines 2019 Levin Arguelles.

Cue was also the recipient of the Mister Dermaworld Face special award.

On a Facebook post, Cue’s entrepreneur mother, Mags Cue, shared a message congratulating her son and thanking those who have supported him in this journey.

“He was asked the most challenging question yet he answered with sheer courage and strength of mind. The moment he opened his mouth, people feel his sincerity and genuineness of his heart, with all honesty without the aim of just pleasing the crowd,” she said.

“As a very young Kagayanon, his purpose is to simply inspire many people especially the young ones,” Mags Cue added.

Congratulations Andre, and the whole of CDO are very proud of you! – WhatALife!