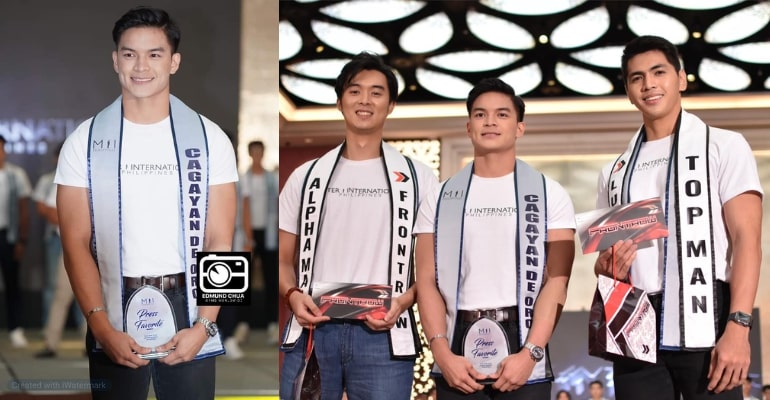 CAGAYAN DE ORO CITY, PHILIPPINES — Andre John Cue, an 18-year-old Senior High student of Xavier Ateneo de Cagayan, has landed a spot as one of the aspirants for the Mister International Philippines 2022 title. He will represent Cagayan de Oro in the competition this June 27, 2022, at Okada Manila.

On May 31, 2022, Mister International Philippines officially announced the 33 Distinctively Handsome contestants for the competition in the Grand Ballroom of Okada Manila. These are the select gentlemen chosen out of the 134 aspirants.

Andre Cue is one of the competition’s youngest contestants. Fab Manila PH describes Andre as someone who has a “captivating smile and magical aura.”

“Andre John definitely will give the other neophytes as well as the veterans a tough competition and might pull a surprise on the finals of the pageant,” said Fab Manila.

Andre’s mom, entrepreneur and CEO of MAGS (a successful ladies’ fashion clothing line with branches all over the Philippines) Magdalena “Mags” Calpito Cue, also happily shared the news on Facebook.