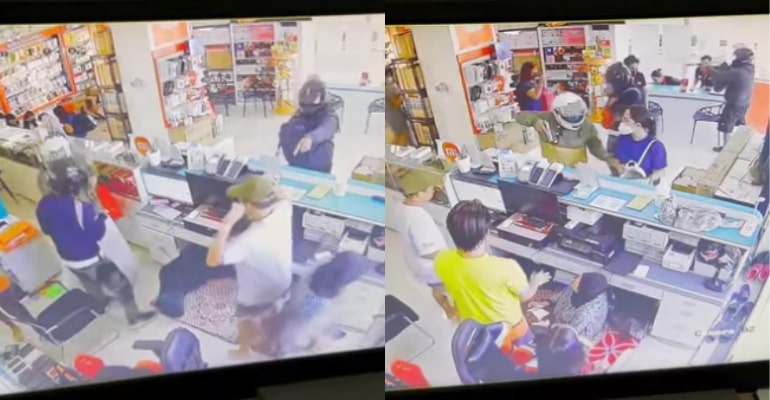 At 11 am, three men wearing helmets stormed Steezy Gadget Hub, located at Corrales Avenue. In the video shared by the management of the store, the robbers pointed guns with silencers at customers and owners, including two senior citizens, two teenagers, and one child.

The robbers had a large bag in which they stashed the gadgets, mainly Apple products, displayed behind the counter. Other than the items, they also opened cabinets in a suspected search for cash.

The unidentified suspects left the store with stolen items in a few minutes.

Watch the CCTV footage of the crime below:

The management has posted a list of stolen items to warn buyers from buying said items at a suspiciously low price. See the list of items below:

All stations of the Cagayan de Oro City Police Office have been directed by PCOL Aaron Mandia to find the suspects of the robbery.

Residents are asked to be on the lookout for a color white and red XRM motorcycle with license plate number 369.

Mandia also warned Kagay-anons to be cautious during the holiday season when crimes are more widespread. – WhatALife!