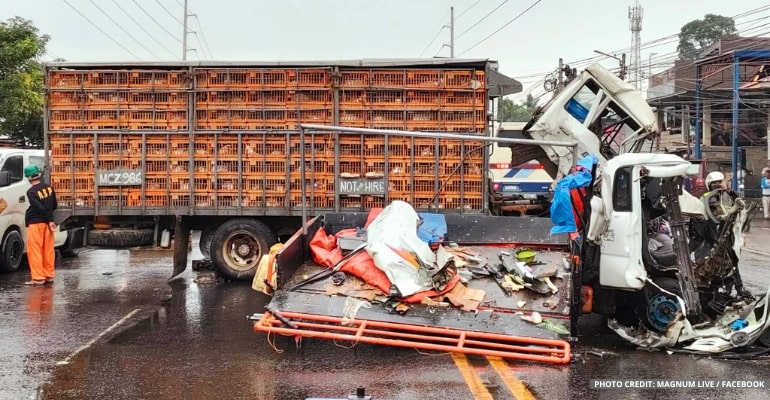 CAGAYAN DE ORO CITY, PHILIPPINES — Today, December 5, 2022, a collision between a Bongo and a Forward Truck caused the death of 5 people and injured 20 others. The accident occurred early in the morning at Zone 2, Barangay Agusan, CDO.

The driver of the Forward Truck, Julieto Jabagat, a resident of Baloi, Barangay Tablon has surrendered to the Puerto Police following the incident. Jabagat claims he tried to stop his vehicle, but the Bongo truck hit him and caused the devastating accident.

Meanwhile, the driver of the Bongo truck, along with four others, died and was taken to Bollozes Funeral Homes. Twenty (20) others have been taken to the hospital. The victims were family members traveling from Zamboanga del Sur to attend a relative’s funeral.

Police Corporal Rodulfo Abaday, a CDO traffic investigator based in Puerto Police Station, reports Jabagat is detained in the mini-cell of PS6. Jabagat will face a charge of reckless imprudence resulting in multiple homicides, multiple physical injuries, and damage to property. – WhatALife!