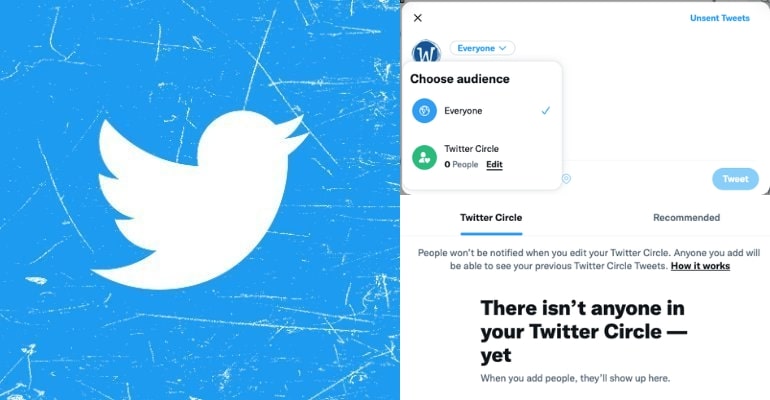 Twitter Circles is now available to all users on iOS, Android, and the web! Check out how to use the new feature in this blog.

Do people prefer tweeting within Twitter groups and more exclusive communities than broadcasting their ideas to all users?

They do, according to Twitter, which said in May that it would be making Circles available to all users on iOS, Android, and the web after receiving an “overwhelmingly favorable” response about the contained group tweeting feature.

Twitter has launched a tool that lets users make specific tweets visible to a select group of people, much like Instagram’s “close friends” feature.

The new feature is now available to everyone on the mobile app and desktop web following a successful test in May.

By allowing users to specify the audience for each tweet they make, Twitter Circle avoids the need to shift between several accounts, such as personal and business ones.

Users may create a Circle from the tweet composer or the main menu.

From the main menu:

Users have the option of selecting Twitter Circle or Everyone as their audience the next time they create a tweet.

The Circle can add up to 150 people. Unfortunately, Twitter only enables users to maintain one circle at a time, in contrast to the circles on the now-defunct Google+.

Lastly, users cannot retweet tweets with circles in them. Tweets sent to the circle are retained.

There are many potential uses for Twitter Circle, especially for brands and influencers with a loyal following.