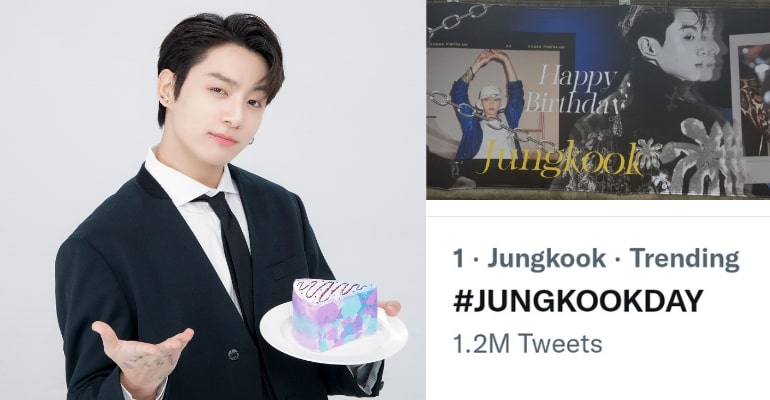 SEOUL, SOUTH KOREA — Jeon Jung-Kook rules over Seoul on his birthday, as the BTS’ youngest member turns 25 on Thursday, September 1, 2022.

Just a few days from BTS Jungkook’s birthday, the city is already overrun with his commercials, billboards, and other advertisements to celebrate the event.

As his birthday approaches, more billboards and commercials throughout Seoul feature Jungkook celebrating his special day.

Jungkook’s face was plastered all over South Korea to celebrate his birthday, as posted by ARMYs (BTS’ Fandom) on Twitter.

In front of the Hybe building in Seoul is a 10-meter banner and billboards featuring Jungkook.

Hamilton Hotel and other towers’ peaks have massive billboards for Jungkook.

Taxis are also not an exception when sending him birthday greetings.

Jungkook’s birthday advertisements on top of taxis in Hongdae, Seoul, South Korea. Birthday boy is all over Seoul!✨️ pic.twitter.com/bKNK8IsAd9

In addition, ARMYs on Twitter celebrate Jungkook’s birthday through the hashtag #JungkookDay that dominated the microblogging site, celebrating the South Korean artist’s day.

One can’t get enough of the fans’ sharing of the youngest member of BTS’s cute videos, GIFs, and photos.

HAPPY HAPPY BIRTHDAY TO OUR BEST BOY, OUR GOLDEN MAKNAE, JEON JUNGKOOK!!!! I LOVE YOU SO MUCH!!! @BTS_twt @bts_bighit #JUNGKOOKDAY #HappyBirthdayJungkook pic.twitter.com/vhGq2sIWaq

At the young age of 14, Jungkook began his career in show business. He appeared in an audition for a well-known Korean talent search program, which caught the eye of various entertainment businesses. Later, he decided to join BTS.