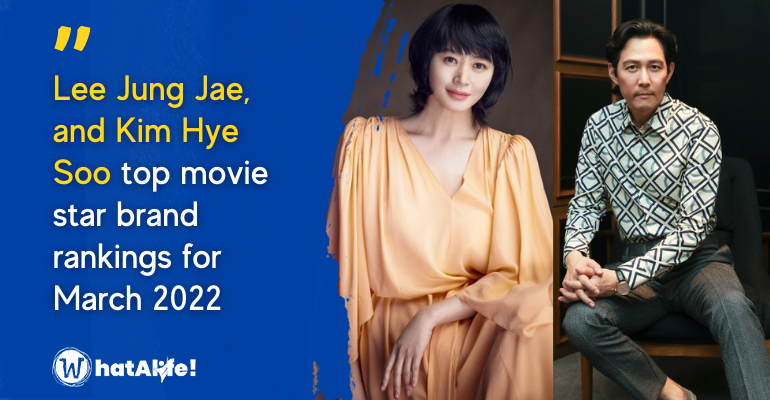 The determined and produced rankings are from the big data collected from February 9 to March 9, 2022, through an examination of media coverage, interaction, consumer participation, and community awareness indexes of 50 famous movie stars in Korea.

According to the brand reputation rankings, the South Korean actor, businessman, and former model, Lee Jung Jae has topped the March list with a brand reputation index of 8,612,929. The recorded high-ranking phrases in Lee Jung Jae’s keyword analysis include the following: ‘Squid Game,’ ‘Best Male Actor award,’ and ‘advertisement model.’ And while the actor’s highest-ranking related terms included ‘congratulate,’ ‘award,’ and ‘thank.’

At the 2022 Film Independent Spirit Awards last March 6 at the Santa Monica Pier in California, Lee Jung Jae, a star in the Korean hit series on Netflix, ‘Squid Game,’ won the best actor award.
Lee Jung Jae got a SAG Awards statuette as he obtained the Best Male Performance in the ‘Squid Game’ series. – WhatALife!