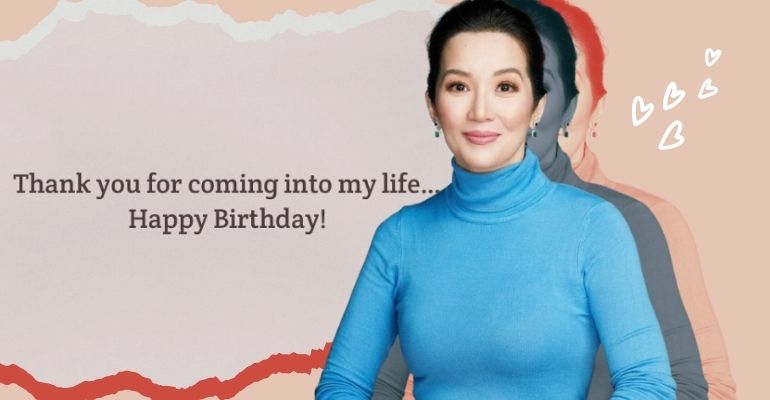 Kris Aquino is a woman with quite a history of romance. It seems that her starring roles are only second to her real-life search for love. Over the years, her romantic relationships ended one way or another.

This is especially true since the reveal of Kris Aquino’s new boyfriend: Mel Senen Sarmiento. She called him “special” in an Instagram post. The post greeted him on his 59th birthday yet did not mention him by name.

Who is Mel Senen Sarmiento?

Well, first of all, that’s Department of the Interior and Local Government Secretary Mel Senen Sarmiento to you. That’s right — Kris bagged herself a government official!

Mel Senen Sevilla Sarmiento was born on August 11 in 1962. His father was an engineer. His birthplace is Manila. Sarmiento started his career as a local government official in his father’s hometown, Calbayog City. He was vice mayor for a term — from 1992 to 1995. Yet, Sarmiento did not achieve the mayoral position for the next term. He ended up taking a six-year break from politics.

However, in 2001, he attained the mayoralty and served for three terms until 2010.

In 2010, Sarmiento became representative of the first district of Western Samar for the 15th Congress. He authored and co-authored several bills there, one of them being The Philippine Disaster Risk Reduction and Management Act of 2010.

He was also Vice Chairman of the Commission on Appointments during his time there.

We’d have to be here all day if we were to talk about everything Sarmiento’s achieved in Philippine politics. To put it simply, he’s got quite the resume!

Kris and Mel’s relationship is hardly far-fetched. Kris’ late brother Noynoy, or Benigno Simeon Cojuangco Aquino III, was President from 2010 to 2016. Additionally, Sarmiento served as the Department of Interior and Local Government chief from 2015 to 2016 under President Aquino.

Mel Senen Sarmiento is currently unmarried and hasn’t had any publicized romantic relationships before Kris Aquino.

Kris’ Boyfriends of Romance Past

A 1980s Pinoy Pop idol who was Kris’ prom date. They turned out to be simply good friends.

A basketball player from the Purefoods TJ Hotdogs. He was Kris’ biggest crush. It wasn’t one-sided; in an interview on Kris’ 18th birthday, he admitted that she had “all the qualities he admired in a woman.” Nothing came of it until after Patriomonio and his wife’s estrangement, but his and Kris’ relationship didn’t work out.

He and Kris co-starred in the 1990 film Pangako ng Puso. Concepcion tried to make his feelings known. Though estranged from his wife, Sharon Cuneta, Concepcion was unsuccessful in winning Kris’ heart.

Robin became Kris’ boyfriend in the early years of the ’90s. They almost even eloped! At one point, Padilla and Richard Gomez, her leading man for the 1992 film Ang Siga at ang Sosyal, got in a fight — one that her mother, the late President Corazon Aquino, had to stop.

In 1994, the two hooked up on the set of Nandito Ako, as his career was slowing down. At that point, they couldn’t marry as Salvador was still married to his first wife. Instead, they lived together and had a son, Joshua, in 1995. The two maintain an amicable relationship.

In 2002, after his interview on The Buzz, the two started to date. Then they lived together. Then they broke up in 2003. It was not a very amicable breakup.

He’s the son of Lito Lapid. They were together very briefly.

As it turns out, he and Kris were exchanging texts while she was in a relationship with Joey Marquez. Sotto and Kris didn’t enter into a relationship but kept in touch after working on My Funny Valentine in 1990.

Another basketball player. Yap played for the Purefoods Tender Juicy Giants in 2005. They had James, nicknamed Bimby, two years later. Yet, their relationship was riddled with bumps. Their marriage got annulled in 2012.

Kris Aquino’s boyfriends over the years have turned out to be tragic romances. Only time will tell if Mel Senen Sarmiento truly is The One. – Alex/WhatALife.ph