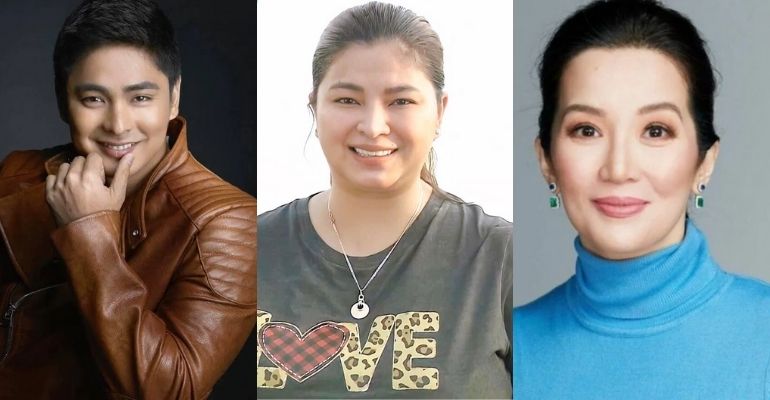 You didn’t think movie stars used their government names, did you? Rebranding is an essential part of embarking on an acting career. Here are the early lives of movie stars in the country!

The actress was born Angelica Locsin Colmenares. A talent scout found her, and she ended up auditioning for several commercials. Through her mother, she is part of a Muslim royal family. Yet, she was raised mainly by her father, who did not agree with a younger Angel to join Star Circle Batch 9. Yet, this did not stop her rise to stardom, and she moved forward in her acting career.

She was born Phylbert Angelli Ranollo Fagestrom. Her British father and Filipino mother are now separated. As a result, her mother, aunt, and grandmother raised her, which also caused Bea to move constantly. She released a debut album titled The Real Me, but her first film was released five years prior in 2003.

Rodel Pacheco Nacianceno was once a street kid after his parents’ separation. Yet, he would always go to the Black Nazarene with his grandmother. He became an OFW, going to Canada to become a janitor. Coco started his acting career on Star Circle Quest 9. Then, he started appearing in films, especially indie films.

Maria Izadora Ussher Calzado is the daughter of the late Lito Calzado, a choreographer, and a TV director. Her older brother Dash is part of Legit Misfitz, a rap group. Iza’s first foray into showbiz was dubbing a Venezuelan telenovela Mis 3 hermanas, locally known as All My Love. She went on to gain more roles after going on the teen drama show Click.

Kathryn Chandria Manuel Bernardo was born the youngest of three siblings — two sisters and one brother. She was homeschooled as she embarked on her acting career. She also played the younger version of Cielo from It Might Be You, which notably starred Bea Alonzo as the older version of Cielo.

Marian Gracia y Rivera was born to a Spanish father and Filipino mother, making Marian half-Spanish. Her parents separated, so mother and daughter had to return to the Philippines, with Marian’s maternal grandmother taking care of her sometime after. Marian was on several brand commercials, which led to roles on afternoon soap operas.

He was born Jose Sixto Raphael González Dantes III. His first commercial was for Carnation milk, at only two years old. After a few more commercials, he joined a dance group called Abztract Dancers with Nathan Dados, a friend, and his cousin Arthur Solinap, which became popular on variety shows. This led to his career as an actor.

Anne Curtis-Smith was born to an Australian father and Filipino mother. The family would visit the Philippines, but one day a talent scout asked if Anne wanted to join a beauty contest. Her father feared that it was a scam, so she secretly went to talent agencies. A month later, she ended up auditioning for a movie and got a part in  Magic Kingdom.

Kristina Bernadette Cojuangco Aquino was born the youngest child of Corazon Cojuangco-Aquino and Benigno Aquino Jr. Due to the turbulent political atmosphere of the time, she and her family were exiled to the United States but returned after her father’s assassination. She started her acting career as a guest on talk shows and television shows.

Born Piolo Jose Nonato Pascual, he was the youngest of six kids. His father was a casting director for international films that shot on location within the country before he passed away. He studied Physical Therapy to work as an ER Representative at the same U.S. hospital where his mother worked. He returned to the Philippines two years later to resume his acting career.

And that’s it for the early lives of movie stars. Did any of these backgrounds surprise you? Which one is your favorite success story? Are there any other popular celebrities with cool birth names you want to see on this list?