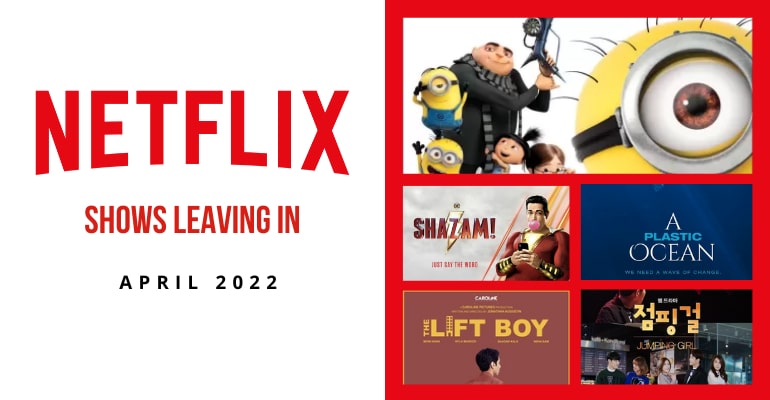 Netflix is going to remove movies and series for the month of April this year to make room for the new and latest films and tv series. However, there are no notifications given to its users about the removal. Here are some of the shows that are bound to leave Netflix Philippines in April 2022:

Synopsis: Gru, a supervillain who delights in wickedness, hatches a plan to steal the moon. Surrounded by an army of little yellow minions and his arsenal of weapons and war machines, Gru prepares to vanquish all who stand in his way. However, Gru’s greatest challenge is three orphan girls who want to make him their father.

Synopsis: Having abandoned a life of crime to raise his three young daughters, Gru experiences the challenges of providing for his family. In this struggle between fulfilling his responsibilities as a father and abandoning his evil ways, he finds himself recruited by the Anti-Villain League to capture the perpetrator of a spectacular heist.

Synopsis: There is an international team of adventurers, researchers, and Ocean ambassadors who go on a mission around the globe to uncover what is lurking beneath the surface of various bodies of water.

Synopsis: A foster teen who faces many challenges was able to channel his inner energy into power that enables him to become a superhero, protector of their city.

Synopsis: A lazy young man who replaces his father as the elevator operator of a posh residential complex finds that his low-status job takes on new meaning.

What in the World Happened?

Synopsis: After a greeting card grants a 40-year-old woman’s wish to be 25 again, her secret romance with a 25-year-old man is complicated.

Synopsis: A teenage girl’s life is turned upside down when she tries to save an idol from a group of kidnappers, but is mistaken as a crazy fan instead.

Synopsis: The drama follows the presidential election process to expose political corruption and to elucidate to voters the proper qualifications for a future Korean president. It also explores the personal ambitions of politicians and the influence of their personal lives on their careers.