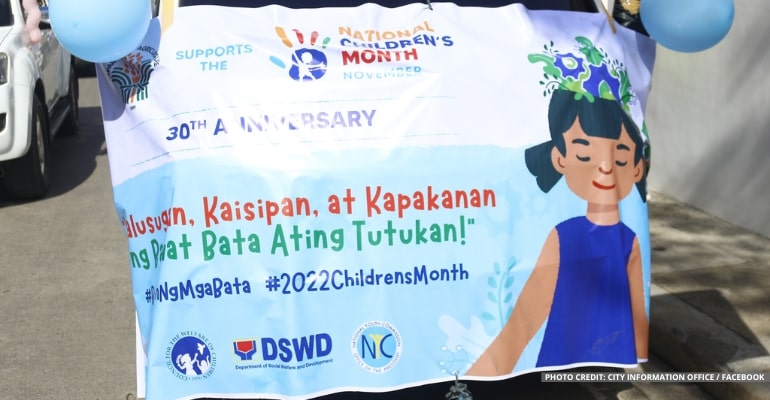 CAGAYAN DE ORO CITY, PHILIPPINES — On November 4, the LGU-CDO jointly celebrated National Children’s Month with the theme: “Health, Mind, and Welfare of Every Child Our Focus”, including the 11th Juvenile Justice and Welfare Consciousness Week and 18-Day Campaign to End Violence Against Women.

The celebration started with a motorcade and was followed by a short program held in the Amphitheater, where various games were held.

“I want to express to you the total support of our Honorable Mayor Klarex Oy of the programs of our government, especially the programs related to our youth, giving great value to their rights and delivering services for their needs so that they can live and grow up happily and become active members of the community,” said City Councilor Girlie Balaba, co-chairperson of CCPC (City Council for the Protection of Children) and chairperson of the committee on Social Services.

The event was attended by the Barangay Council for the Protection of Children, made up of 20 barangays including parents and children, and the officials of CCPC.

The Rotary Youth officials program of the Rotary Club of Cagayan de Oro which was shelved for two years due to the ongoing COVID-19 pandemic resumed this month. Each Rotary Youth official, who came from various high schools in Cagayan de Oro City, will be partnered with their City Hall counterpart in the mayor’s office, vice mayor’s office, the 20th City Council, and various City Hall departments for one week. – WhatALife!/Zed