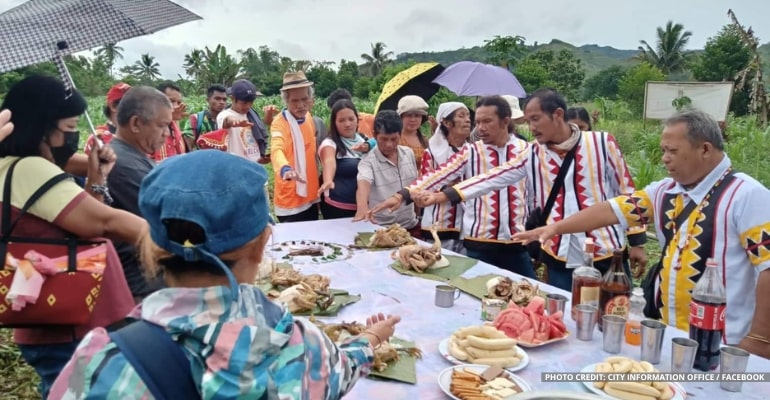 CAGAYAN DE ORO CITY, PHILIPPINES — A ritual was held on October 28 by individuals of the Indigenous Peoples sector in Sitio Canaan, Barangay Dansolihon of CDO, for the construction of ‘Bahay Tulugan.‘

Baylan Sumagayan Benie Malinda conducted the ritual with his colleagues for the start of the construction of the ‘Bahay Tulugan’ for the IPs (Indigenous Peoples) sector. It was attended by the IP leaders of various barangays and the CSWD (City Social Welfare and Development Department) IPs Section Focal Person Nena Lumandong and personnel of that office.

This will serve as a place where gatherings and IP-related activities such as tribal weddings, Kaamulan, general assembly, handicraft making, and mat weaving will be held. It will also be a place to settle conflicts within the IP community.

Bahay Tulugan can also be a venue for young people to study the aspect of the culture and traditions that tribal experts will teach. All the Higaonons of Cagayan de Oro who are part of 17 barangays along with their IP leaders will benefit from ‘Bahay Tulugan.’

The project is led by the City Engineer’s Office headed by Engineer Sam Arojo with Amlag Builders Construction Supplies Corp, who acted as the contractor for the project.