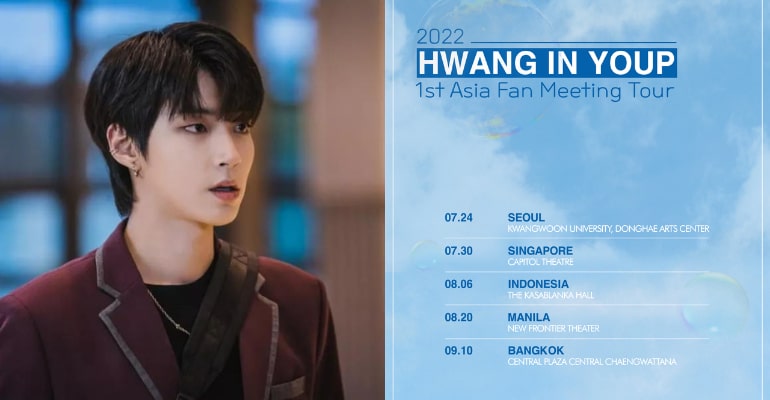 In their post, In-Yeop is set to tour among these schedules:

The singer-model rose from his Korean drama role as Han Seo-Joon in the True Beauty television series. He had his acting debut on the web series ‘Why’ last 2018.

Additionally, his famous TV roles include 18 Again and the latest The Sound of Magic which premiered on Netflix last May 6.

See The Sound of Magic trailer below:

The series’ director Kim Seong Yoon recently expressed his gratitude to the Korean singer-songwriter IU for letting them use her self-written song for free.

According to Kim, he contacted her to ask about using her song ‘Knees’ alongside the purchase of its copyright. However, the actress granted them free access.

According to Soompi, In-Yeop has an upcoming lead role in the drama from SBS ‘Why Her?’ with a mystery romance genre. It will premiere this coming June 10 at 9 AM PHT on the streaming platform Viki.

He will be playing the role of Gong Chan, a law student known to possess exceptional empathy for a twisted fate.

See ‘Why Her?’ trailer below: