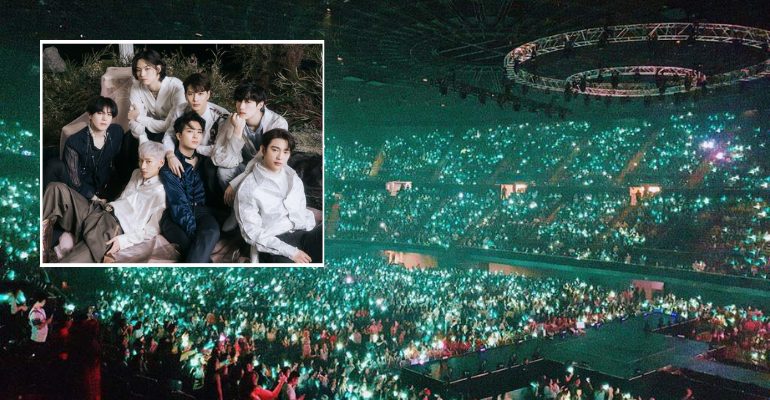 “All of us want to continue making music for Ahgase, share it together, and continue spending time together in the future!”

On the last day of their contract with JYP Entertainment, the South Korean boy group GOT7 has posted a letter for their fans.

The septet shared on their Instagram accounts on Tuesday, January 19, a heartfelt handwritten letter addressed to their ever supporting fans, the Ahgase (also known as I GOT7).

Here’s an English version of the letter, translated by Soompi:

Ahgase, this is GOT7. First of all, we feel very apologetic to our Ahgase about writing a letter for a reason like this. We are parting ways without contract renewal with JYP [Entertainment], which launched our beginning with us and worked hard for us until the end, as we cheer on each other’s futures. All of us members will be taking on new starts with people who will take responsibility together for each of our individual futures. We are writing to you like this as we want to tell our fans first.

We know very well that no words can make up for the hurt feelings and uneasiness felt by Ahgase.

However, we think there is just one thing that we can really say to Ahgase as GOT7.

All of us want to continue making music for Ahgase, share it together, and continue spending time together in the future!

Rather than leaving the memories with Ahgase, who supported and watched over us who were imperfect, in the past, we want to aim towards the future with the memories. Making it a reality instead of just a ray of hope, the seven of us will impress you for a long time as we each grow in different ways. Love you, I GOT7.

GOT7 is a seven-member boy band composed of JB, Mark, Jackson, Jinyoung, Youngjae, BamBam, and Yugyeom. Formed by JYP Entertainment, the band debuted in January 2014 with the release of their first EP Got It?, which peaked at number two on the Gaon Album Chart and number one on Billboard’s World Albums Chart.

Prior to the end of their contract, GOT7 released their fourth Korean studio album Breath of Love: Last Piece on November 2020, featuring two title tracks, “Breath” and “Last Piece.”