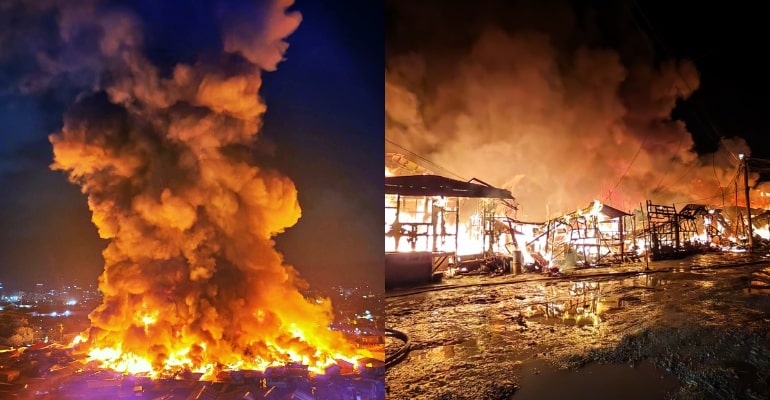 At 11:45 pm on Tuesday, residents of Sitio Paradise, Barangay Looc, Mandaue City, reported a fire incident to the authorities. According to the Mandaue City Disaster Risk Reduction and Management Office, the fire was located along C. Ouano Street of the said sitio.

By 11:50 pm, the fire has reached the first alarm, moving up to the 4th alarm by 12 midnight. The responding unit was able to control the fire by 2 am and put it out completely by 2:38 am.

The cause of the fire is still under investigation.

Meanwhile, the displaced families are currently staying at the covered court of Mandaue City Central School. The fire victims are housed in modular tents inside the gym.

Cortes said the authorities continue to profile and validate the fire victims to arrive at the exact number of affected residents.   – WhatALife!