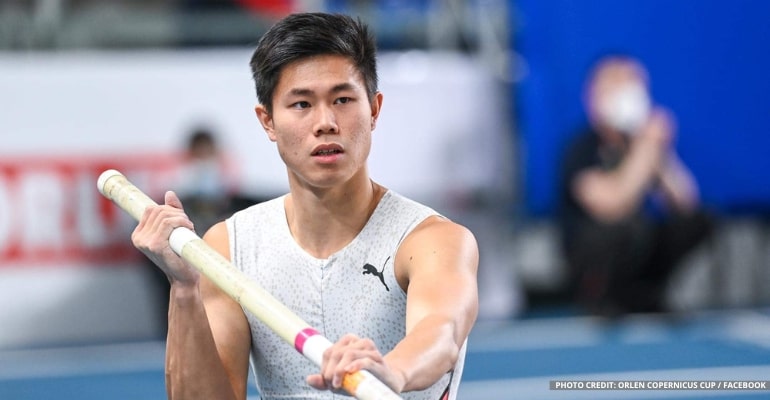 MANILA, PHILIPPINES — Pole vaulter EJ Obiena, ranked third in the world, has received official support from the Philippine Athletics Track and Field Association (PATAFA) to return to the national team.

PATAFA submitted the reinstatement request after the majority of the board members at the sports organization’s special board meeting on Saturday accepted Obiena’s return to the Philippine team, the Philippine Sports Commission (PSC) said on Wednesday.

Willie Torres, Executive Vice President of PATAFA, spoke on behalf of the organization at a meeting with the PSC to support Obiena’s reinstatement along with six undisclosed tracksters.

Obiena’s reinstatement is practical this month, according to PSC Executive Director Guillermo Iroy, and it will be in line with the current team allotment for athletics.

“We appreciate the PATAFA leadership’s initiative to bolster the capabilities of our national athletic team,” she said.

Following a disagreement with PATAFA, which Popoy Juico led, Obiena was removed from the national team.

Under Butch Ramirez’s former leadership, the PSC successfully acted as a mediator for PATAFA and Obiena to patch things up, allowing him to defend his gold medal in the Southeast Asian Games in Hanoi last May.

Since Juico’s exit, Terry Capistrano has taken over as the assocation president. He immediately started working to reassign Obiena to the national team following his historic bronze medal achievement at the World Athletics Championships. –WhatALife!/Brix