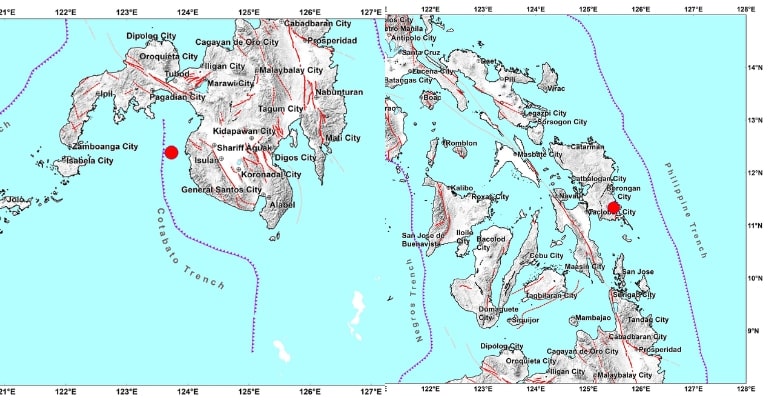 Phivolcs further stated that the earthquake, which occurred at 1:10 AM, was tectonic and had a depth of 57 kilometers.

According to Phivolcs, felt intensity IV in General MacArthur, Hernani, and Quinapondan, Eastern Samar, as well as Pastrana, Palo, and Tacloban City, Leyte.

Instrumental intensities were observed in the following areas:

Intensity I — Ormoc City and Albuera in Leyte, and Sogod in Southern Leyte

The reported intensities are the following:

In addition, Instrumental Intensities were observed in the following areas:

Employees of Region 10 Philhealth in Cagayan de Oro calmly go outside as employees and Philhealth members experience the intensity I.

Aftershocks are possible, but severe damage is not predicted, according to Phivolcs. – WhatALife!/Brix