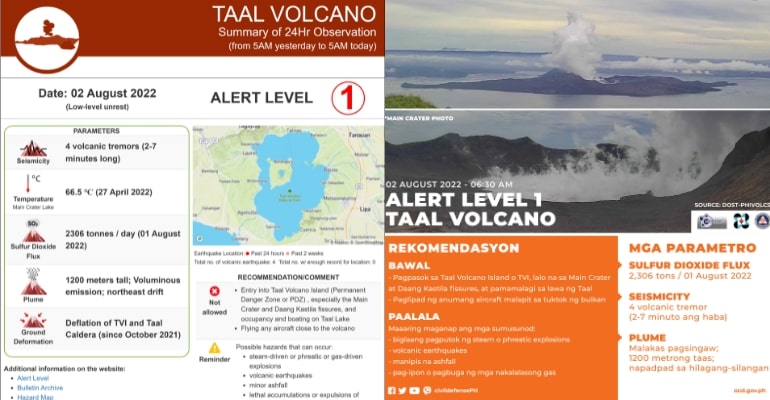 BATANGAS, PHILIPPINES — On Tuesday, August 2, the Philippine Institute of Volcanology and Seismology (Phivolcs) announced that they had detected four volcanic tremors in the Taal Volcano over the past 24 hours that lasted 2 to 7 minutes.

Solidum added that there is no relation between these tremors and the magnitude 7 earthquake that occurred last week in northern Luzon.

Entry into the permanent danger zone remains prohibited, especially in the vicinity of the main crater and the Daang Kastila fissure. Occupancy and boating on Taal Lake are likewise forbidden.

Phivolcs is also urging pilots to avoid flying close to the volcano. Airborne ash, ballistic fragments from explosions, and wind-remobilized ash may pose hazards to aircraft.