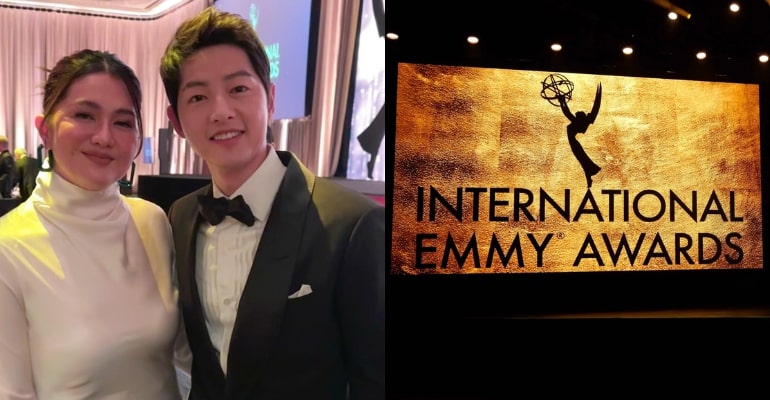 During her recent stint as a juror for the 50th International Emmy Awards in New York City, Romana had the chance to meet with “Descendants of the Sun” actor Song Joong-Ki.

The actress marked the occasion by posting a photo with Song on her Instagram page, describing him as a “very handsome, warm, and humble” man.

“Many of my dreams came true with that NYC trip for the #iEmmys and I can’t wait to share them all with you, but for now, let me share this. Hi Mr @hi_songjoongki. It was such a pleasure and huge honor to meet a fellow actor like you. I am a huge fan. We Filipinos LOVE youuuu. P.S. he was super warm. Grabe so handsome in person lalo and super humble,” Romana wrote.

“Okay ‘yun na muna guys. Just sharing my kilig as a fan. Halos ‘di ako makahingaaaa nyaaan. Manifesting that in this lifetime I get to work and act alongside him. LORD PLEASE,” she added.

Just this May, Romana successfully concluded her series “Viral Scandal.”

Meanwhile, Song Joong-Ki is currently making both local and international audiences intrigued with his new K-drama “Reborn Rich.” The show has also been breaking records, becoming one of the most-watched dramas in its time slot.

On November 20, it broke into double-digit ratings with only its third episode. Nielsen Korea reports a 10.8 percent average nationwide rating, currently a new personal record for the drama.