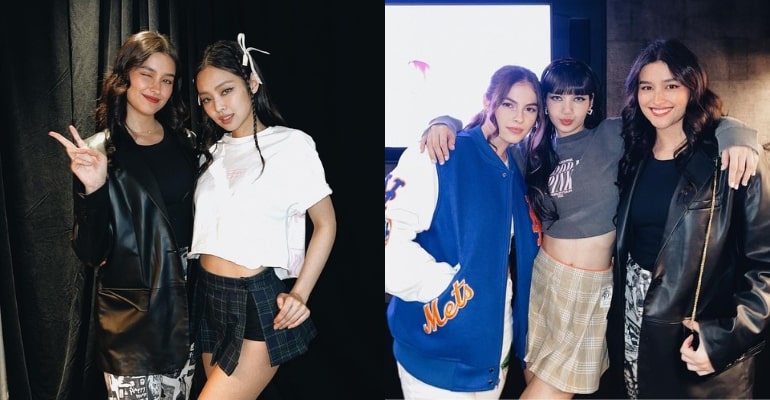 In an Instagram post on Monday, Liza Soberano posted a picture with her BLACKPINK bias, Jennie, with the caption “I’m the happiest girl” and then tagged the K-pop idol’s Instagram handle.

The actress was seen winking to the camera with a peace sign with Jennie. Fellow artists gushed over Liza’s experience and expressed excitement in her comment section.

Some notable comments are from artists who are also certified BLINKS, such as Maymay Entrata, Bea Alonzo, Anne Curtis, Kim Chiu, and more.

Besides Jennie, Liza was also able to meet LISA. The actress was seen posing with the K-pop idol and hit singer Destiny Rogers whose song “Tomboy” was featured in LISA’s “LILI’s FILM.”

The photo was posted by Liza’s talent agency, Careless Music.

While the Liza Frankenstein actress has yet to post photos with Jisoo and Rose, she was very active in sharing her concert experience on her Instagram stories.

She also captured the moment when singer Camila Cabello shared the stage with Jisoo and performed the former’s hit song, ‘Liar.’

Liza Soberano has long been a certified BLINK. She has shared her love for the k-pop group and posted videos related to BLACKPINK on her Youtube channel.

One vlog was all about recreating Jennie’s iconic makeup in the “How You Like That” music video in July 2020. The other was reacting to the girl group’s “Ice Cream” music video, which also featured Selena Gomez.