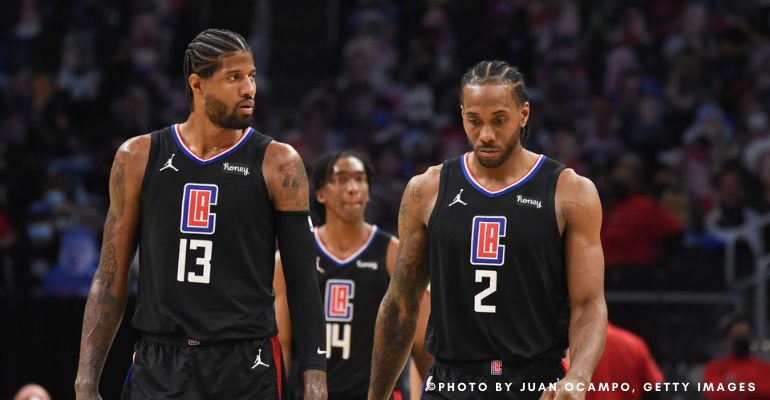 The Los Angeles Clippers have tied the score in the first-round playoff series at 2-2 against the Dallas Mavericks Monday, 106-81. It’s all thanks to Kawhi Leonard and Paul George, who played with relentless style and overwhelmed Luka Doncic and the Mavericks.

In Game 4 of Mavericks vs Clippers, Dallas could not contain Leonard, who made 11-of-15 shots and posted 29 points and 10 rebounds. In the second quarter, George also scored 13 of 20 points.

LA Clippers step up in Game 4 of Mavericks vs Clippers

It was a rough start for the Clippers, but in Games 3 and 4 of Maverick vs Clippers, they were able to pull through. Leonard led Los Angeles to two victories showing playing that made him the NBA Finals MVP for a second time. He was too strong for Dallas to stop. He averaged 35.3 points in the past three games.

According to Leonard, “We responded well. Especially coming back from that [30-11 deficit] in Game 3.”

He further added, “The job is not done yet, so we got to keep having that even-keeled mindset and get ready for the next one.”

Doncic showed a terrible performance in Game 4 of Mavericks vs Clippers. This was all due to the cervical strain he had been suffering from. The injury started bothering him around halftime of Dallas’ Game 3 loss. He stated that the pain began shooting down his left arm.

Doncic said, “The pain is like neck and then the nerve down. I don’t really know how to explain that. It felt way better today morning than yesterday. I’ll just keep doing massages, ice it down and then be ready for Wednesday.”

In the series-tying defeat, he posted 19 points on 9-of-24 shooting and 6 assists. Moreover, in the first three games, he also averaged 38 points and 9 assist while shooting 51.9% from the floor.