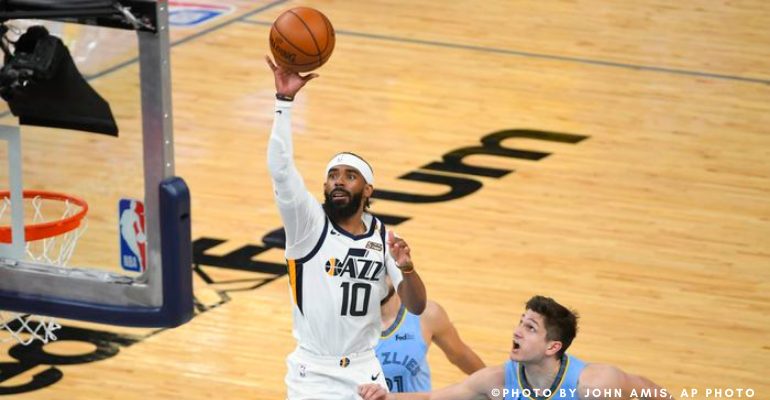 Top-seeded Utah Jazz makes a huge rally Sunday against the Grizzlies as they seal victory in Game 3 of Grizzlies vs Jazz, 121-111. With a championship-calibre 12-0 run, Utah turned the tide and took a 2-1 lead in the first-round playoff series.

Donovan Mitchell Eases Himself into the Game

After missing 16 games of the regular season and Game 1 of the series, this was Mitchell’s second game. He scored 29 points and helped deliver the Jazz’s win. In Game 3 of Grizzlies vs Jazz, he was noticeably more different and calm. But according to him, this was his way of working back to his All-Star level.

According to Mitchell, “It’s a long game. It’s been a while and just getting back into it. That’s really it. Understanding that trying to save your energy as much as possible, not needing to be as exuberant, I think that’s the right word to use, but I think just not being as loud and kind of demonstrative in my movements.”

Game 3 of Grizzlies vs Jazz Recap

Utah Jazz took the lead in the first quarter with 34-22. However, in the second and third quarter, Memphis did their best to narrow down the lead.

Ja Morant led the Grizzlies with 28 points, and Dillon Brooks added 27 points. Grayson Allen scored 17 points by hitting five 3s. Kyle Anderson posted 11 points and 13 rebounds, while Jonas Valanciunas had 10 points and 13 rebounds. Also, Brooks scored the first 6 points of the fourth quarter, and Morant gave Memphis their first lead at 107-105 with 2 free throws with 5:00 left, and with 4:28 made it to 109-107.

However, Jazz rallied back. Mitchell scored on a 3-point play that put Utah ahead of the game at 110-109. He added another 3-pointer, and Jazz finished on a 14-2 run. He was backed by Mike Conley, who scored 27 points and had seven 3-pointers. Rubert Gobert posted 15 points and 14 rebounds. Both Bojan Bogdanovic and Jordan Clarkson had 15 points, while Royce O’Neale added 12 points.