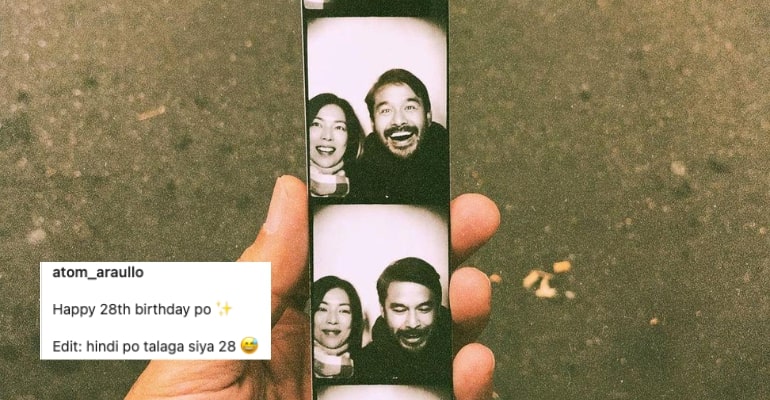 Atom posted a photo of the two of them with a brief caption, “Happy 28th birthday, po.”

Friends of Zen, such as Pinky Webb, Karen Davila, Pia Arcangel, Steve Dailisan and Gretchen Fullido, also commented on the post, greeting her a happy birthday.

The two were first linked together back in 2021 when fellow news anchor Pinky Webb posted a photo with Atom and Zen, saying she met the two unexpectedly in an undisclosed resort.

While the rumoured couple neither confirmed nor denied their relationship, netizens flocked to the comment section and expressed various reactions.

Most fans were disappointed since the “line” had stopped, referring to the queue of people vying for Atom’s heart.

Others also jokingly said that the “announcement of winners” of presumably Atom’s heart was on October 4.