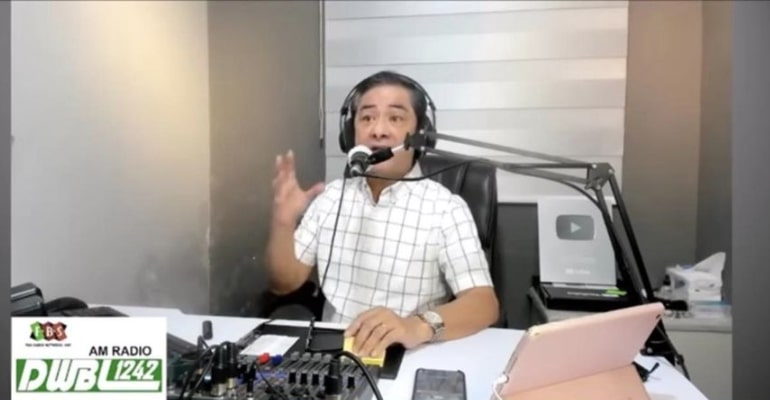 “The NBI is on the case,” Remulla told the reporters.

Lapid was shot dead by two unidentified assailants in Las Pinas City on Monday evening. The suspects were onboard a motorcycle and attacked Lapid while he was going home to do an online broadcast.

Other than the NBI, the Philippine National Police has also set up a special investigation task force to probe into the fatal shooting.

Meanwhile, Senior Deputy Executive Secretary Hubert Guevarra said he would meet with the Presidential Task Force on Media Security and the Southern Police District, making sure that the investigation “proceeds without any problem” and submit a report “hopefully within the next seven days.”

The family of Percy Lapid has released a statement on Facebook, expressing their grief and anger over the killing of the broadcaster.

“We strongly condemn this deplorable crime; it was committed not only against Percy, his family, and his profession, but against our country, his beloved Philippines, and the truth,” they said.

The National Union of Journalists of the Philippines (NUJP) condemned the killing of Lapid and pointed out he was the second journalist to be killed under the administration of President Ferdinand “Bongbong” Marcos Jr. The first was fellow radio broadcaster Rey Blanco, stabbed to death in Negros Occidental in September.

“The killing shows that journalism remains a dangerous profession in the country. That the incident took place in Metro Manila indicates how brazen the perpetrators were and how authorities have failed to protect journalists as well as ordinary citizens from harm,” the NUJP said in a statement.

Foreign nations also expressed their “grave concern” over the killing of Percy Lapid.

The embassies of Canada, Netherlands, France and the Delegation of the European Union in the Philippines released official statements on Twitter regarding the brutal killing.

“[France] reaffirms its resolute, unwavering commitment to the freedom of the press, freedom of speech and protection of journalists,” wrote the French Embassy.

Lapid is a broadcaster of a radio news commentary program called Lapid Fire on DWBL 1242. He delivered hard-hitting criticisms of perceived abuses and irregularities by the government. He was also a staunch critic of the current administration and that of former president Rodrigo Duterte.  – WhatALife!