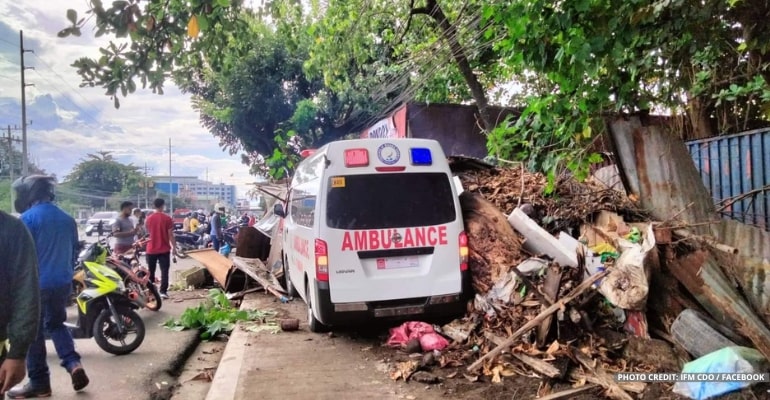 CAGAYAN DE ORO CITY, PHILIPPINES — In Gusa CDO, a food rider was killed in a collision with an ambulance.

Ambulance driver, Jerome Cabuno, 48, from Poblacion, Lagunlong, Misamis Oriental, said he was carrying a farmer shot in Linggangao, Balingasag, en route to the Northern Mindanao Medical Center when he had to avoid a jeep that suddenly entered his path even though he turned on his ambulance siren.

While he was avoiding the jeep, he hit a food rider resting on the side of the road; he collided with the rider and then rammed into a house. The food driver was taken to a hospital while the victim of the shooting was transferred.

The rider was Frilan Locos Eliob, 23, from Zone 1, Kinawi, Libona, Bukidnon, and according to the PNP, the food driver died on the night of September 7, 2022, due to his injuries.

The store involved in the collision held an elderly and their grandchild, and though they were not fatally wounded, they were squeezed within their store when the crash happened.

The farmer shooting victim had gained two wounds in the chest and back, but there were various complications in the transfer because his IV drip fell due to the incident.

Other than drivers, whom authorities caution about their movement and driving, police also warn the public to avoid loitering on the sides of the road. – WhatALife!/Zed

Also read: Trader in Puntod killed by stabbing, suspect yields a day and one night afterward