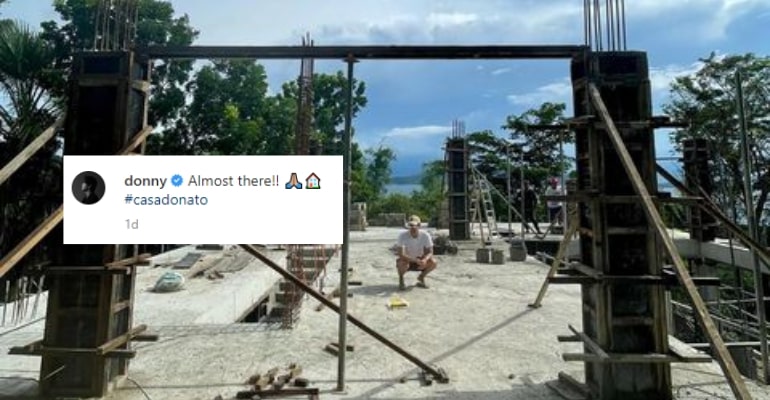 MANILA, PHILIPPINES — On Tuesday, September 6, ‘He’s Into Her’ promising actor Donny Pangilinan shared a milestone in an Instagram post where he is in the middle of construction for his future dream house.

Donny posted a picture of himself at his house’s building site on Instagram with the caption, “Almost there!! #casadonato.” He also seemingly etased fans that his future dream house is almost finished while he’s on the second floor.

Gary congratulated Donny and said, “Happy for you, Donny.”

On the other hand, Brazilian model Daniel Matsunaga told Donny to invite him once construction is finished.

Despite coming from show business royalty, Donny rose to fame on his own, starting in 2016 as an MYX VJ. Since then, he has been in several well-known movies and TV episodes, such as the series He’s Into Her, in which he co-starred with Belle Mariano. –WhatALife!/Brix

Also read: Harry Styles and Nick Kroll break the internet with a kiss