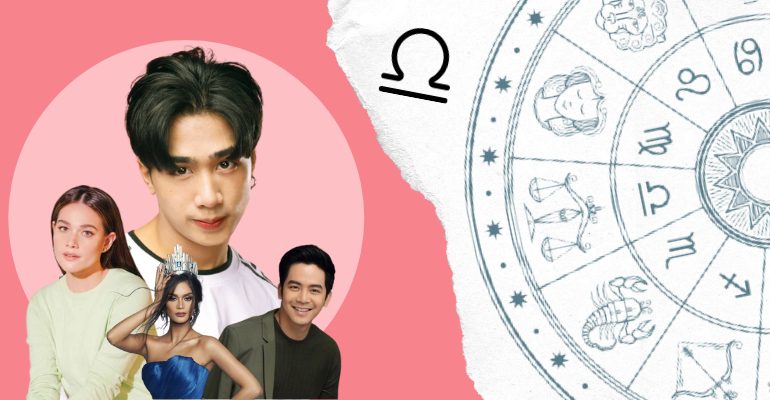 While Gemini is a curious, chatty child, Libra is that slick, charming kid you can’t resist!

Libra is the second air sign of the zodiac, represented by the scales. Like its symbol, Libra seeks balance and harmony in all areas of life. Always thoughtful, pleasing, and diplomatic—they can fit in anyplace, anytime, with anyone.

Ruled by Venus, a planet that governs love, beauty, and money, native Libras adores intellectualism and everything aesthete. They enjoy mingling with different squads and sometimes spot them chillin’ and casually flirting.

In terms of romantic relationships, Libras tend to look for harmonious partnerships. However, since Libras try to keep everyone happy and engaged, they may find themselves tempted to push the limits of their agreements with their partners (Allure, 2021). One must not forget to put the health of the relationship first than entertaining the attention of distant admirers.

Meanwhile, if you want to ruin a Libras day, dragging them into a mess and conflict would surely push them into putting you on their blocklist.

As a cardinal sign, Libra has a strong managerial energy—who values strategy, social etiquette, and maintains diplomacy through cultivating relationships.

Here are some quick facts about our charming Libra besties!

To give more ideas of a classic Libra personality traits, take a look at the Philippine celebrities below!

Iconic Filipino rapper and singer-songwriter Francis Magalona, also known by the moniker Francis M, would have celebrated his 57th birthday this coming October.

Vina Morales does not only excel in acting but is also a multi-award-winning Filipina singer.

This Awit Award-winning Filipino rapper is a native Libra that will make your jaws drop with his fast-flowing vocal style.

Another award-winning Libra on the list, Paul Soriano, is known for his outstanding commercial and film directing, screenwriting, and production.

Through his beautiful song renditions, singer-songwriter Christian Bautista has won millions of fans across Asia, specifically in the Philippines and Indonesia. A true Libra, swooping off everybody’s feet—and heart!

Radiating her Libra energy, Isabel is a Filipina model and actress appearing in various commercials and starring in different tv shows and movies.

Earning the title Prince of Pop in the Philippine music scene, Erik is one talented Libra known for his soulful voice.

Besides journalism, Atom is known for standing up to injustice and for his humanitarian work, like a true Libra. He is also a national Goodwill Ambassador for the United Nations High Commissioner for Refugees.

Despite having a legal trouble with his past relationship, Matt is now happily married with three kids. A Libra who finally found his forever companion!

Denise broke into showbiz after being given a part in the 2000s show Ang TV 2 and sealed her celebrity status after being cast in the hit TV drama series Pangako Sa ‘Yo (2000). Despite calling off her engagement with former boyfriend Sol Mercado, Denise remained friends with him, like a true Libra who values harmony in relationships.

Model, actor, host, and singer—Tom has sealed his celebrity status thanks to his hard work and talent. But his busy schedule hasn’t stopped him from focusing on his relationship with his now-fiancé Carla Abellan (who is, by the way, a Gemini), like a true Libra he is.

It’s clear this My Fantastic Pag-ibig star knows the value of good relationships. He’s been in showbiz since 1993, along with his younger brother Rayver.

As a Libra who seeks his one true love and companion, Jason is one lucky guy! He met his forever, Melai Cantiveros (an Aries), after joining Pinoy Big Brother: Double Up (2009).

Like a true Libra, Bea values love and friendship, and with the success of her acting career, she’s able to enjoy the finer things in life.

A model, singer, and actor—Marco is one talented Libra who, above all, values relationships. He is currently dating Darja Romanova.

Wanting to establish and manage a talent agency, after 18 years of being part of Star Magic, Maja left to open her own.

The Marry Me, Marry You actress was born on October 2nd of 1989.

The Exes Baggage actress was born on September 24th of 1992.

The Kambal, Karibal actress was born on October 5th of 1999.

Who did we miss? Let us know in the comments!