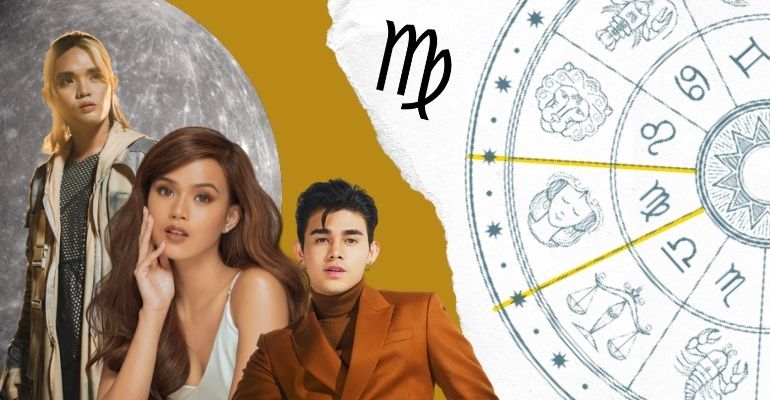 Virgo season is here! Make way for the baddest!

Analytical, systematic, and hardworking are the prominent traits of an individual born under the sun sign Virgo. They thrive for a stable, (almost) perfect life through consistency, diligence, and discipline as an earth sign.

Virgos are governed by Mercury, the messenger planet of communication, who also rules Gemini. However, unlike the latter, which values output and expression, a Virgo loves input and processing the most. They “long to be meticulous in all their pursuits” (Allure, 2021), which may also cause destruction to themselves and others. While Virgos love spending time hustling, they too love spending time with friends, being supportive, kind, and gentle. And they want to help others through their intellect and resourcefulness, especially in problem-solving.

Indeed, their methodical approach to life and commitment makes them excellent teachers, healers, editors, and musicians.

Here are some quick facts about our loving Virgo friends:

Check out below some of the known Philippine celebrities born under the Sun sign Virgo!

This recording artist slash veteran actor is the oldest Virgo on this list. Rivera was studying to be an architect in Canada when his gift for singing was accidentally discovered while on vacation in the Philippines. And the rest was history!

Ogie Alcasid is a Virgo man with many talents: a singer-songwriter, a television presenter, a comedian, a parodist, and above all, an actor. He is also currently the President of Organisasyon ng Pilipinong Mang-Aawit (OPM)—a busy and productive Virgo indeed!

Aside from being a singer-songwriter, Janno Gibbs has been starring in dozens of movies and television shows since the ’80s. He’s obviously a Virgo with a work-hard, play-hard approach to life.

Born Marietta Subong–O’Brian, Pokwang is a do-it-all Virgo known for her comedy, acting, television hosting, and singing skills. She’s made millions of Filipinos smile and laugh through her self-deprecating humor and spot-on impersonations.

Starting from the bottom, now he’s one of the country’s famous actors—Echo didn’t only have a pretty face but also had the hardworking and commitment trait of a Virgo. I mean, of course, he would. He is a Virgo, after all!

One of OPM’s finest female artists, Kitchie, spread her Virgo energy through her iconic music. She debuted as the lead vocalist for an alternative rock band in the late ’90s before leaving to work on her solo career in 2003.

At age 13, Patrick began stealing hearts of the then-teen generation as soon as he debuted his acting career in the 1994 film Separada. Notwithstanding his age, he cranked in the industry like a hardworking Virgo would, appearing on various TV shows and movies from 1992 to the present.

During the peak of her career, Kristine Hermosa gained back-to-back success locally and abroad, starring in multiple soap operas. At present, she enjoys her domestic life as a wife of fellow celebrity Oyo Sotto (who is a Capricorn) and a mother of five. Two earth signs staying grounded together? It must be a match made in the stars!

Virgo Aiza ‘Ice’ Seguerra has been on the showbiz limelight since the age of three (a.k.a. he’s got the earth sign drive). He is an actor, singer-songwriter, guitarist, and the current appointed Chairperson of the National Youth Commission.

Rachelle Ann Go-Spies is a hardworking and successful Virgo who started her singing career at age eleven in a televised singing competition—which she won, of course! Today, she is a celebrated Filipina singer and international musical theater actress, performing in various hit musicals in the Philippines, London’s West End, and on Broadway.

Like any true hardworking Virgo, Erich has been in the Philippine showbiz industry since 2004, appearing as a contestant of the reality talent search Star Circle Quest. However, it wasn’t until she took on the lead role in Katorse (2009) that she rose to prominence.

Max Collins is one of the industrious Virgos who started building her career at a young age. She began by appearing in TV commercials before hopping to teen magazines and eventually as an actress.

Lots of singers and musicians fall under the Virgo sign, so it’s only proper that A’TIN’s dear Pablo does, too.

Iñigo is not only just a son of showbiz heartthrob Piolo Pascual, who is, by the way, a Capricorn. The younger Pascual has made a name for himself, ranking number one for his 2016 single Dahil Sa’yo on Billboard Philippines’ then-new Philippines Top 20 chart. The song also won “Song of the Year” at the 30th Awit Awards. Cheers to the rising Virgo artist!

Maris Racal finished her Pinoy Big Brother: All In journey in second place who went on to become an actress, singer-songwriter, host, vlogger, and endorser. So, it’s safe to say she’s a hardworking Virgo star. Aside from acting and being a musician, she also excels in painting, song/poem writing, and dancesport. Talk about a Virgo with many talents!

Virgos’ prominent characteristic is being a perfectionist, along with the tendency to have anxiety. This is what happened to Sofia Andres, who began her showbiz career at the start of her teenage years. In an interview with The Hive Asia, Andres stated that she has been suffering from anxiety disorder throughout her career. Nevertheless, she managed to power through having to achieve success and recognition in her roles on Princess and I (2012), She’s Dating the Gangster (2014), Relaks, It’s Just Pag-Ibig (2014), Forevermore (2014), Pusong Ligaw (2017), and Bagani (2018). You go, girl!

Given Miguel has been acting since a kiddo, he’s definitely got that nonstop Virgo work ethic. He rose to fame after his remarkable performance when he played the role of Niño Inocente, a mentally challenged boy in the series Niño (2014).

Born John Lloyd Toreliza, JL is a triple threat: he can sing, dance, and is also athletic, which basically means he’s easily a do-it-all Virgo.

As an actress, singer, and model, Kyline Alcantara is undoubtedly a triple-threat and a hardworking Virgo. She started her showbiz career at age seven and rose to prominence after her antagonistic roles in Annaliza (2013) and Kambal, Karibal (2017).

Who’s your favorite Virgo on the list? Let us know in the comments below!

Also Read: 2021 Astrological Predictions: Here’s what you need to know