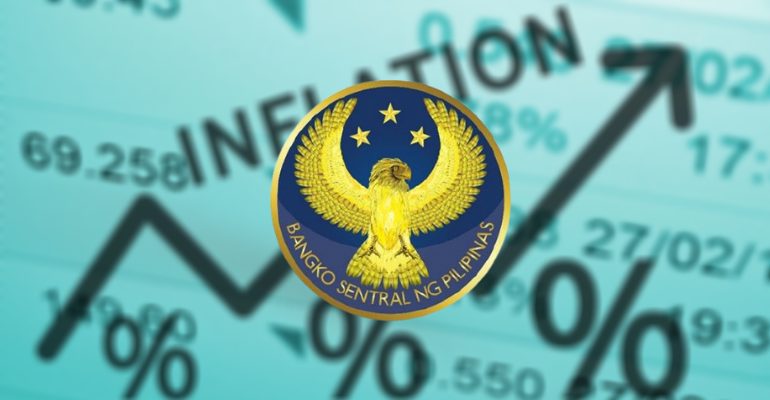 Bangko Sentral ng Pilipinas (BSP) released on Wednesday the average inflation of the country for 2020.

This is a press release from Bangko Sentral ng Pilipinas.

Average year-on-year headline inflation was at 2.6 percent for the whole year of 2020, well within the Government’s target range of 3.0 percent ± 1.0 percentage point for the year.

Meanwhile, December inflation increased to 3.5 percent year-on-year from 3.3 percent in the previous month and was within the BSP’s expected range of 2.9-3.7 percent for the month. Likewise, core inflation—which excludes selected volatile food and energy items to measure underlying price pressures—was slightly higher at 3.3 percent year-on-year in December from 3.2 percent in the previous month. On a month-on-month seasonally-adjusted basis, inflation slowed down to 0.7 percent in December from 0.9 percent in November.

The BSP continues to expect inflation to settle within the target range over the policy horizon, with the overall balance of risks to future inflation continuing to lean toward the downside owing mainly to the lingering uncertainty caused by the pandemic on domestic and global economic activity. Looking ahead, the BSP remains committed to deploying its full range of instruments as needed in fulfillment of its mandate to maintain price and financial stability conducive to sustainable economic growth.

You Might Also Want To Read: #JusticeForChristineDacera: 3 suspects arrested, 9 others at large in rape-slay of flight attendant