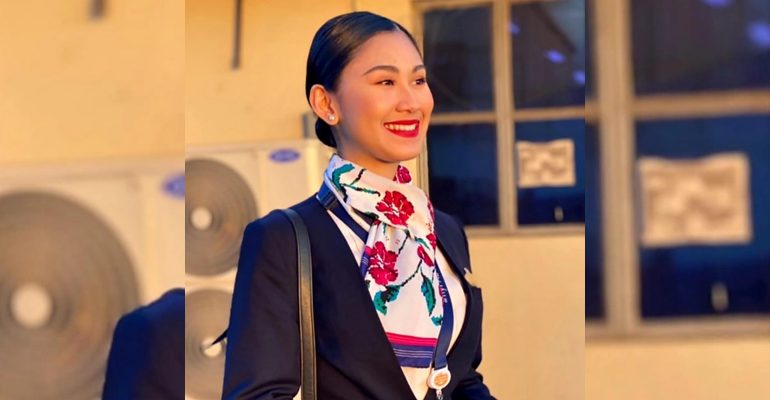 As people eagerly welcome and celebrate the New Year, Christine Angelica Dacera, a 23-year-old flight attendant from General Santos City, was found unconscious in an empty bathtub of a hotel room in Makati City. She was later declared dead at a hospital.

Two days after discovering her body, the Makati City police filed with the prosecutor’s office on Monday a provisional charge of rape with homicide against 11 men, who were with Dacera, occupying two adjacent hotel rooms in Makati City, at the time of her death.

Meanwhile, nine other persons who were also with the victim during her stay at City Garden Hotel in Makati City are currently at large. They were identified as Gregorio Angelo de Guzman, Louie de Lima, Clark Jezreel Rapinan, Rey Englis, Mark Anthony Rosales, Jammyr Cunanan, Valentine Rosales, a certain Ed Madrid; and a certain Paul.

Based on initial investigation, the victim and the suspects were at a New Year’s Eve party at the hotel. At past noontime of January 1, Dacera was found unconscious in the bathtub of her hotel room. Hotel personnel tried to revive her before she was rushed to a hospital, where she was declared dead.

Makati City police chief Col. Harold Depositar told the Philippine Daily Inquirer that the charge filed was provisional as the prosecutor’s office would be waiting for the autopsy findings and the toxicology report on Dacera, which the Makati City police would submit on Tuesday.

Depositar said that only three of the 11 respondents in the charge have surfaced while the others have made themselves scarce.

“Only three of them were Dacera’s friends. The others were practically strangers to her, as they were only known to her three friends,” Depositar noted, adding that everyone in that New Year’s party with Dacera was included in the charge.

Asked for the initial basis of the rape with homicide charge, Depositar said: “The victim had lacerations and sperm in her genitalia.” He added that there were also bruises, contusions, and scratches on her arms and legs.

He said that Dacera’s death may have initially been found to be natural – from an aneurysm – but there were apparently factors that contributed to it.

In a statement, the victim’s employer, PAL Express, vowed support for the family of Dacera in their cry for justice.

“We are extending support to the flight attendant’s family at this most difficult time,” PAL Express said. “Our desire is for the truth to come out in the interest of justice.”

After the news broke out, netizens took to Twitter to seek justice for the death of Dacera and some celebrities also slammed the suspects.

As a result of the outcry, #JusticeForChristineDacera, #StopVictimBlaming, #ProtectDrunkGirls, and Rape Is Rape trended in Twitter Philippines.

Rape happens because of rapists, not because anyone “asked for it” ?#JusticeForChristineDacera

it is never the clothes, never the drinks — never the victim, period. it is always, ALWAYS, the rapist’s fault. how many more times do we have to hammer this home for it to stick in your thick skulls, please??!??!

Rape happens because of rapists. Stop shaming and blaming women for wearing what they want. For being themselves. No is NO. Being drunk is never an invitation or an opportunity for you to harass and take advantage of someone. BLAME RAPISTS. NOT VICTIMS. #JusticeForChristineDacera

TRIGGER WARNING
“i keep hoping na you’ll suddenly reply to ky texts and you would call me… i hope i never forget that voice”
Grabe, nakaka-iyak iyong eulogy post ng bestfriend ni Christine Dacera. I can feel the real pain from her.#JusticeForChristineDacera#ProtectDrunkGirls pic.twitter.com/DiBsa0IPJ4

“Rape” happens because there are “rapists”.

Nothing less, nothing more.

“Do not teach a girl how to dress. Teach the boys to respect her.” #JusticeForChristineDacera#StopVictimBlaming pic.twitter.com/JiGKM5UObi

wearing clothes that are showy such as skirts, shorts and other clothes similar to that, doesn’t mean that they’re begging for it. please know your limitation. #JusticeForChristineDacera #StopVictimBlaming pic.twitter.com/vBv29KjItr

It’s already 2021 and people still blame victims for wearing revealing clothes, for drinking too much, or for God knows what else!!!

Grabe. If you are not outraged then I don’t know what you are.

Dacera was born and raised in General Santos City.

In May 2019, she started working as flight attendant for the Philippine Airlines. She had her last flight as PAL stewardess on December 28, 2020.

Dacera was also a finalist in the Mutya ng Davao 2019 beauty pageant.

Condolences to the bereaved family.