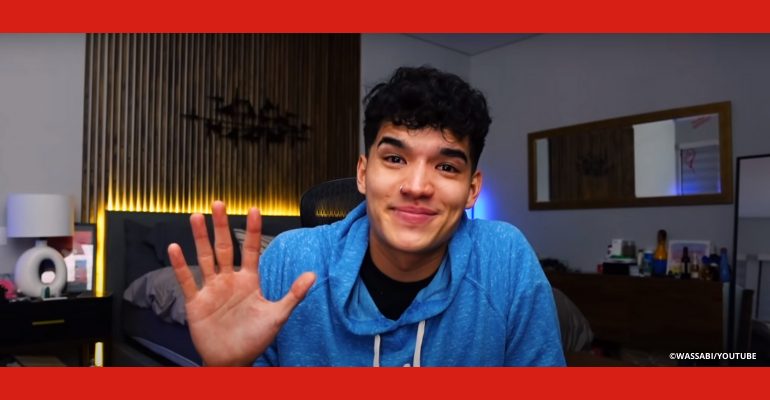 Filipino-American YouTube star, Alex Wassabi (real name: Alex Burriss), recently announced that he will be taking a break from releasing video content after having been on the platform for 15 years.

On his YouTube channel, Wassabi, Burriss explained to his millions of followers the reason as to why he wanted to go on a break.

Watch his vlog below titled “Thanks for the last 15 years… Goodbye” which was released on January 1, Friday.

“I’m honestly burnt-out guys. I feel less creative,” Burriss said in the vlog. “I don’t have the same urge to create that I used to.”

Burris mentioned that, ever since he launched his channel in January 2006, he had not taken a break for more than a week. He felt pressured that other people depended on him.

“Growing up my dad was the ‘put your team on your back’ kind of guy… That was instilled in me my whole life. That’s why I’ve always been so scared to take a break.” Burriss shared, “Don’t stop, keep going, people depend on you… you can’t let them down. That’s what I’ve always believed.”

However, Burriss later realized the toll that it took on his mental health.

“Now that I’m older I’ve realized that I can’t spend my life trying to make people happy,” he said. “It’s what I’ve wanted to do when I was a kid but I’m realizing now that’s not mentally healthy.”

He also mentioned how blurred the line has become between being Alex Burriss and being Alex Wassabi. It was so bad that it came to a point that he could no longer enjoy time without his camera.

“The reason I’m taking this break is I don’t feel like myself anymore,” he said in the video. “I don’t even know who I am. I don’t wanna come back unless I’m excited again.”