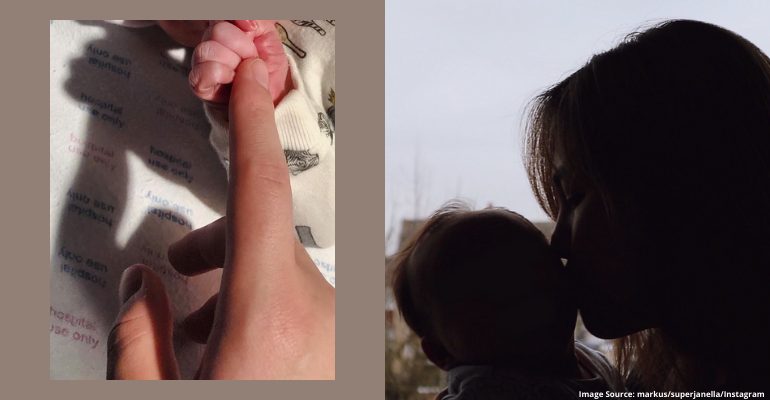 Janella Salvador shared a photo of her holding a baby on Wednesday, January 5.

“It’s time,” she simply wrote in the caption of her social media accounts, before saying she will be uploading something at 8 PM.

While she did not say in her post if the baby is hers, several netizens already congratulated Salvador, including Alex Gonzaga, Sofia Andres, and Kathryn Bernardo, among others.

The 22-year-old actress has spent time with her boyfriend Markus Paterson in the United Kingdom, where she allegedly gave birth.

It was only last September when she and Paterson first revealed their relationship to the public through Instagram.

In October 2019, amid speculations about their budding romance, Paterson refused to confirm his relationship with Salvador on “Tonight With Boy Abunda,” saying it was not yet the right time.

Paterson, who started his showbiz career after joining ABS-CBN’s talent search “Pinoy Boyband Superstar,” also said in a separate interview that he prefers not to work with Salvador on any project to keep his personal and professional life completely separate.

“I like to keep my personal life and my work life far from each other. I wouldn’t mind working with her maybe sometime in the future,” he said.