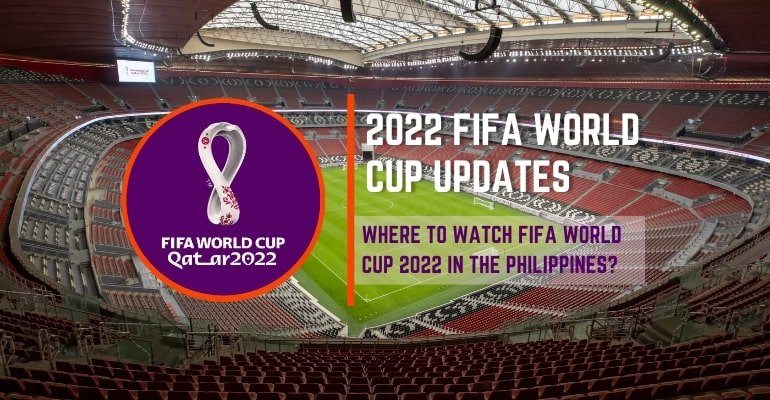 After four years, the FIFA World Cup returns in 2022 in Qatar! Here’s what we know about the opening ceremony so far.

As one of the world’s two most prestigious and most anticipated sports events, FIFA World Cup has over half of the population on its toes. The fierce competition is set to kick off on November 20 and conclude on December 19. The dates are also unprecedented – the first time the world cup is played in Autumn.

Over 60,000 fans can watch the opening ceremony in person at the Al Bayt Stadium in the city of Al Khor. However, those unable to watch their favorite sport in Qatar can still watch it live on screen.

Where to watch the 2022 FIFA World Cup Opening Ceremony?

The 2022 FIFA World Cup Opening Ceremony is scheduled to premiere at 11 pm in the Philippines.

You may catch the live, commercial-free, in HD and Dolby Surround Sound at the following channels:

Who will perform at the Fifa World Cup 2022?

FIFA has yet to announce the official list of performers for the 2022 World Cup. However, South Korean singer Jeon Jung-kook (a member of the Korean boy band BTS) was announced as one of the performers in the opening ceremony.

“Proud to announce that Jung Kook is part of the FIFA World Cup Qatar 2022 Soundtrack & will perform at the World Cup opening ceremony. Stay tuned!” the band posted.

The news quickly trended on social media as fans congratulated their favorite artist. Jung-kook is the first Korean artist to perform in the FIFA World Cup opening ceremony.

While no confirmation has been announced, Shakira (a three-time FIFA World Cup performer) is rumored to be part of the ceremony this year, along with J Balvin, Black Eyed Peas, Robbie Williams, and Nora Fatehi. – WhatALife!