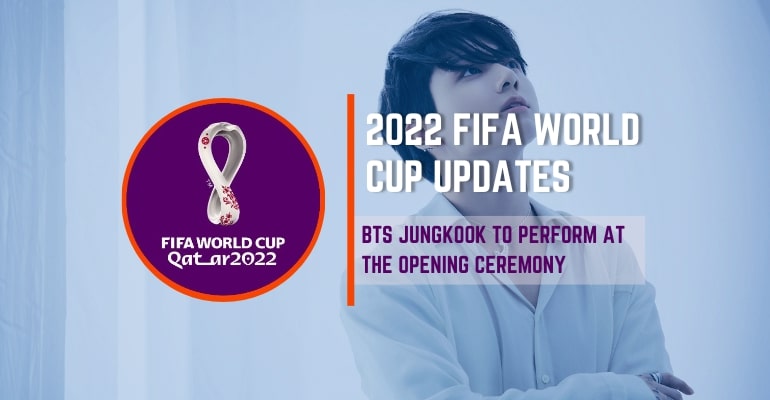 Fans are ecstatic for BTS member Jeon Jungkook, who is set to perform at the opening ceremony of the 2022 FIFA World Cup in Qatar!

On November 11, Friday, the official Twitter account of the South Korean boy band BTS announced the attendance of Jungkook as one of the performers at the 2022 FIFA World Cup Opening Ceremony.

“Proud to announce that Jung Kook is part of the FIFA World Cup Qatar 2022 Soundtrack & will perform at the World Cup opening ceremony. Stay tuned!” the band tweeted.

Jungkook is also the first South Korean to perform at the FIFA World Cup, yet again making history and paving the way for Asian acts in the worldwide stadium.

The news quickly trended on social media, with fans celebrating another milestone for their favorite artist. As of writing, the post has garnered over 600,000 likes and 200,000 retweets.

Following the news, the South Korean media and K-netizens were in a frenzy. The whole nation banded to give its congratulations to one of its youngest national treasures.

Meanwhile, Jungkook safely landed in Qatar via a chartered private plane. The superstar arrived on November 15, posting an update on his Instagram Story.

Where to watch the 2022 FIFA World Cup Opening Ceremony in the Philippines?

It is scheduled to premiere at 11 pm in the Philippines.

While no confirmation has been announced, Shakira (a three-time FIFA World Cup performer) is rumored to be part of the ceremony this year, along with J Balvin, Black Eyed Peas, Robbie Williams, and Nora Fatehi. – WhatALife!