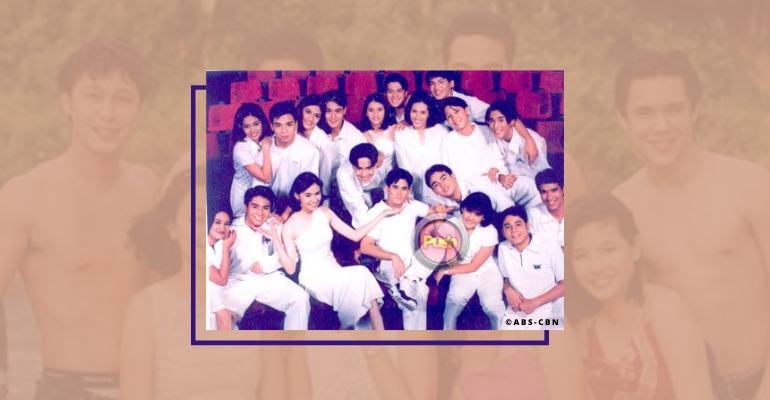 Without a doubt, this Star Magic batch faced a lot of plot twists—both in their careers and life. Ready for the roller coaster ride? Continue reading below!

Batch 5’s alumnus, John Lloyd Cruz, took a brief break from his booming showbiz career in 2018 and just got back recently, transferring to another network after nearly three-decade of stay in his home network. He appeared in numerous television shows and films, working with successful actresses in the industry including Kaye Abad, Bea Alonzo, Angel Locsin, Toni Gonzaga, and Sarah Geronimo.

Where is he now? He is slated to star in the upcoming romantic drama film No Goodbyes, a reunion project with Alonzo.

Shaina Magdayao is one of the country’s premiere actresses and is said to have one of the prettiest faces in Philippine showbiz. She also was recognized as the Gold Queen of the Philippine television and a Dance royalty of her generation. She worked on numerous film and television show projects across different genres, and won countless of accolades for her notable acting, including FAMAS Award, MMFF Award, and Gawad PASADO Award, among many others. Aside from her acting career, Magdayao also worked with various non-government organizations for charity works.

Where is she now? She’s currently one of the cast members of the longtime-running television series Ang Probinsyano as P/Maj. Roxanne Opeña.

Where is she now? As seen in her Instagram (@melissaavelino), she currently enjoys her family life while managing her online food business, Issa Delivers.

Serena Dalrymple started her showbiz career at age seven, following her discovery in a food chain television commercial in 1997. A year later, she acted in her first movie together with fellow child actress Camille Prats. She continued receiving projects left and right since then and won numerous accolades. Despite the success of her career, Serena retired from showbiz in 2004. However, she briefly returned in 2010 to reprise her role in the Ang Tanging Ina movie franchise in 2008 and 2010.

Where is she now? Serena now lives in the U.S. together with her longtime non-showbiz partner. The two recently got engaged.

In a 2020 interview with PUSH, the former child actress said that she left showbiz and the Philippines for several reasons—one was that she had hardly any projects left.

“I realized that I can’t rely on just my acting career. I need a backup plan, eventually, my backup plan became my priority. I chose studies over acting,” she said.

Tanya Garcia became a household name after playing the opposite lead role of actor Dingdong Dantes in the longest-running soap operas of GMA Network, Sana Ay Ikaw Na Nga (2001-2003). When she finished her Star Circle journey, Tanya was among the cast in the youth-oriented show Gimik (1996). A year later, she played a supporting role in Esperanza (1997) before taking a break to concentrate on her studies. When she resumed her showbiz career, Tanya transferred to another network where her career peaked.

Where is she now? Tanya briefly moved back to her home network in 2015. However, she made changes again in 2020 following the network’s closure. She currently plays the role of Christine Allegre-Salvador in GMA Network’s teleserye Babawiin Ko Ang Lahat (2021) starring Pauline Mendoza. Aside from her showbiz career, Tanya also takes care of her three daughters with former Pampanga Governor Mark Lapid.

Baron Geisler is one of the most controversial actors in his generation following his alcohol abuse and a series of legal troubles that surfaced in the early 2000s. While he was undoubtedly a great actor, his issues pulled his promising career down.

Geisler managed to turn his downward spiraling career up again upon reaching his med-twenties. He achieved commercial success as an actor, winning several accolades, including Best Actor in the 4th Cinemalaya Independent Fil Festival in 2008 and Best Single Performance of an Actor in PMPC Awards in 2005. In 2019, he admitted himself to alcohol rehabilitation in Cebu, where he also opened up Gents Barber—a barbershop that employs recovering addicts and alcoholics.

Where is he now? He recently starred in the controversial film Tililing (2021) and black comedy crime action film Barumbadings (2021). He also had an emotional interview with Toni Gonzaga’s channel, sharing his biggest regret in life.

Where is she now? She is set to appear in the upcoming inspirational drama anthology Dear God starring Piolo Pascual.

Don Laurel is knwon for his role in Mula Sa Puso (1997), Jologs (2002), and Bakit Pa? (1999). However, his showbiz career was short-lived as he moved back to Canada to raise his young family. From there, he trained and became a police officer and was even featured in CBC News Canada in 2017 after catching thieves, and his former fans recognized him.

Where is he now? Don remains living away from the limelight, fulfilling his duty as a cop in Toronto Police Service and as a family man.

Apart from being part of the Star Magic Batch 5, Bernard Palanca was also part of the all-male group The Hunks with Piolo Pascual, Jericho Rosales, Diether Ocampo, and Carlo Agassi. Bernard jumped from network to network following his success in the group and received tv commercials from well-known brands in the country. Some of his notable roles include Gimik (1996), May Bukas Pa (2009), The Legal Wife (2014), and Four Sisters and a Wedding (2013).

Joseph Reyes, better known by his screen name Thou Reyes, first rose to fame in the children-oriented show Ang TV (1994). Then, after completing his Star Magic journey, Thou appeared in several television shows and films, including I Love Bett La Fea (2009), Imortal (2010), The Legal Wife (2014), and Pangako Sa’Yo (2015), to name a few. He also appeared in numerous episodes of the drama anthology Maalala Mo Kaya and fantasy anthology Wansapanatym. Thou also ventured into theatre acting, joining the ensemble cast of Priscilla, Queen Of The Desert-the Musical (2014), Care Divas (2017), and Nothing But Dreams – Virgin Lab Fest, CCP (2017).

Where is he now? You can watch Thou in the 2021 fantasy-comedy film Momshies! Ang Soul Mo’y Akin and GMA Network’s romantic drama series First Yaya.

Despite debuting in Philippines television as an actor, William Thio is currently cultivating his career as a TV broadcaster.

In an interview with Philstar in 2017, William shared how he realized that being an actor was not for him. “I realized I didn’t have it in me to be an actor,” he said with a laugh. “When I watched myself on the screen, I cringed because I was so bad. And I wondered why my co-actors were so good. It seemed so easy and natural for them to do. It became obvious to me that they had the talent and I didn’t. So, I just walked away and went back to school.”

Where is he now? William is currently a news anchor in UNTV News & Rescue.

While Mark Vernal belongs to an already known name in Philippine showbiz, he managed to make a name for himself when he appeared in Asero (1995), Hataw Na (1995), Haba-baba-doo! Puti-puti-poo! (1998), and Birador (1998). He was also part of the children-oriented show Ang TV. Over a decade later, Mark quit showbiz to train and serve in the U.S. Army in 2006.

Where is he now? While he is not yet back in action, in an interview in March with Tito Talks, Mark shared the possibility of returning to the Philippines to work again as an actor.

Where is he now? Apart from his acting and hosting stints, Lui is also a film producer and an entrepreneur. As part of the Kasal, Kasali, Kasalo trilogy cast, he is also slated to join the upcoming final sequel of the movie along with main stars Judy Ann Santos and Ryan Agoncillo.

Where is she now? Sadly, Angela was arrested in a drug buy-bust operation in 2019 and is currently serving her time in prison.

Other talents in Star Magic Batch 5

More batch coming soon! In the meantime, check out our other latest entertainment news here!