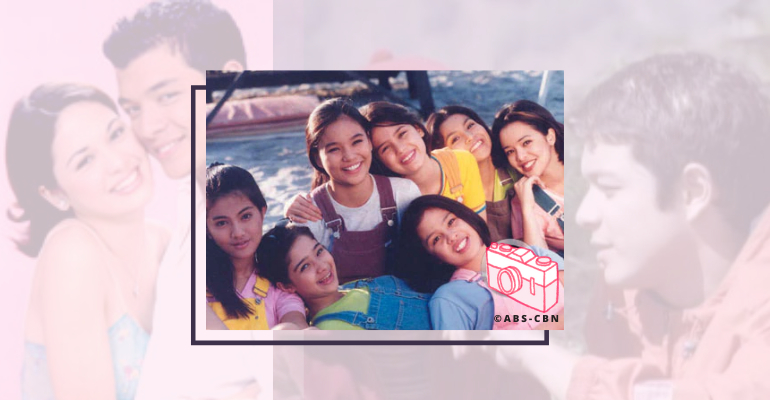 Unlike the previous batches, most of the talents under the Star Circle Batch 4 stepped away from the limelight after reaching the peak of their careers. Curious who and where they are now? Read on to find out!

Kristine Hermosa is the 1997 batch’s alumna. She rose to prominence in the early 2000s following her roles in Pangako Sa ’Yo (2000-2002) and Sana’y Wala Nang Wakas (2003-2004), to name a few, and gained back-to-back success by the end of 2010. She was notably paired with batchmate Jericho Rosales, TJ Trinidad, and Diether Ocampo (who she married in 2004). The two sadly separated shortly after.

In 2011, Kristine married actor Oyo Sotto, and together they have five children—the recent one the couple welcomed this year.

CJ Ramos had stepped into the world of showbiz even before joining Star Circle. He was a child actor famously known for appearing in the 1987 film Okay Ka, Fairy Ko and the 1992 kids-oriented show Ang TV. However, CJ barely received any projects as he grew up, which eventually caused him financial problems, as he shared in an interview with Rated K with Korina Sanchez in 2018. Days after his interview aired, he was arrested in a buy-bust operation in Quezon City.

At present, CJ, fortunately, got back into showbiz, appearing as one of the cast in the long-time running tv series FPJ’s Ang Probinsyano.

Carol Banawa is the voice behind the OPM classics Sa Araw ng Pasko (1998), Anak (2000), and Tanging Yaman (2000). Aside from singing, she also ventured into acting, joining the cast of Calvento Files: The Movie (1997), Nagbibinata (1998), and Hiling (1998), among others. Throughout her career in the Philippine showbiz, she released a couple of teleserye theme songs and produced five albums.

The singer-actress is now a nurse based in the US with her family.

Julia Clarete is best known in the country as one of the hosts of the long-time running TV noon show Eat Bulaga!. She had an eventful career, receiving projects left and right, both on television and the big screen.

In 2016, Julia left the noontime show and the showbiz industry to live in Malaysia.

After winning the Model Search America, Filipina-Italian Vanessa Del Bianco came to the Philippines and joined showbiz. She was launched via Star Circle Batch 4 and starred in a youth-oriented show in 1996. She was among the successful artists who had a steady career in the late 90s to early 2000s. She received multiple casting roles for TV series, films and commercials. However, her career eventually reached its end when she got into a third-party controversy in 2006. Not long after that, she flew back to Canada, where she was born and raised, to complete her studies.

The former actress-host is reported to be working as a sales manager in a company in Canada and accepts modelling and commercial gigs from time to time.

Like most of her batchmates, Anna Larrucea rose to prominence following her appearance in ABS-CBN’s hit shows in the late 90s. She then transferred to another network in the 2000s, where she had her last acting project. She is now happily married and lives a quiet life away from the limelight.

Probably one of the few active actors from the 1997 batch, Dominic Ochoa can be seen in many shows and films the Philippine showbiz has ever produced—from teleseryes to films to commercials. As mentioned, he is still very much active, wearing a long list of acting projects under his belt. To name a few, he is best known for his roles in Esperanza (1997), May Bukas Pa (2009), 100 Days to Heaven (2011), Princess and I (2012), Four Sisters Before the Wedding (2020), and tons of Maalaala Mo Kaya episodes.

He currently appears in longtime running teleserye FPJ’s Probinsyano as an attorney.

Paula Peralejo debuted as an actress years before her launch in Star Circle. For five years, she was part of a child-oriented show and had her first film debut in 1995 in Sarah… Ang Munting Princesesa as Jessie. Her showbiz career didn’t run for long, though, unlike her sister Rica. Her last logged television project was in 2006, and she was reported to enroll in the University of the Philippines to get a degree in 2008.

She is now married and is taking care of her only son while running her travel agency business. If you want to check her out, visit her Instagram account @mama_the_explorer, where she shares her journey to motherhood.

Known for his roles in Encantadia (2005), Wildflower (2017), and Love & Lies (2013), Gerard Pizarras continues to be active in showbiz. Like Dominic, Gerard has appeared in numerous television shows and films while caring for his family and his wife of 21 years, fellow actress Jan Marini. Both met in the set of Mula Sa Puso (1997) and have lived a harmonious life since then.

Best known as Daniella Mondragon-Bartolome from the afternoon drama series Kadenang Ginto (2018), Dimples Romana continues to take on the hustle and bustle of the showbiz industry. Since her launch in 1997 to the present, Dimples has appeared in tons of television and film projects, including but not limited to Esperanza (199), Tabing Ilog (1999), multiple Maalaala Mo Kaya episodes, Lobo (2008), Tayong Dalawa (2009), 100 Days to Heaven (2011), One More Chance (2007), and Block Z (2020). She won Best Actress awards in 2013 for a Maalaala Mo Kaya episode and her memorable role in Kadenang Ginto in 2019.

At present, you can catch Dimples in the 2021 series Viral Scandal via the Kapamilya Channel.

Endearingly called by everyone as Echo, Jericho Rosales’ journey to stardom is the epitome of rags to riches. He caught the public’s eyes after winning the Mr Pogi title in a talent search in 1996. Since then, his career boomed, and in over 20 years, he appeared in various television shows and films in different genres, earning him the moniker “Asia’s Prince of Drama.” He won Best Actor awards for his roles in Pacquiao: The Movie (2006), Baler (2008), and Alagwa (2012).

Wanting to explore outside his acting career, Echo announced in 2019 that he will stop doing teleseryes. Then, however, his home station revealed that he was back on primetime, which was unfortunately postponed.

Spencer Reyes is a former Streetboys member, the first boy group in the Philippines debuted in the 90s alongside members Vhong Navarro, Jhong Hilario, and twelve others. Reyes tried acting apart from his dancing, but in 2008, he went abroad in exchange for a quiet life and away from the public’s prying eyes.

Luigi Alvarez is the last Alvarez sibling who joined and completed the Star Circle training. He is the brother of Gio (Batch 2 1996) and Guila (Batch 3 1996). And like his sister, he chose a simple life away from showbiz.

Like Dominic, Gerard, and Dimples, Nikki Valdez has many television and film projects under her belt, with her most recent appearing in a Maalaala Mo Kaya episode in 2021. She worked with tons of actors in the industry throughout her career, including Kaye Abad, John Lloyd Cruz, Angel Locsin, Shaina Magdayao, and Jake Cuenca, among others.