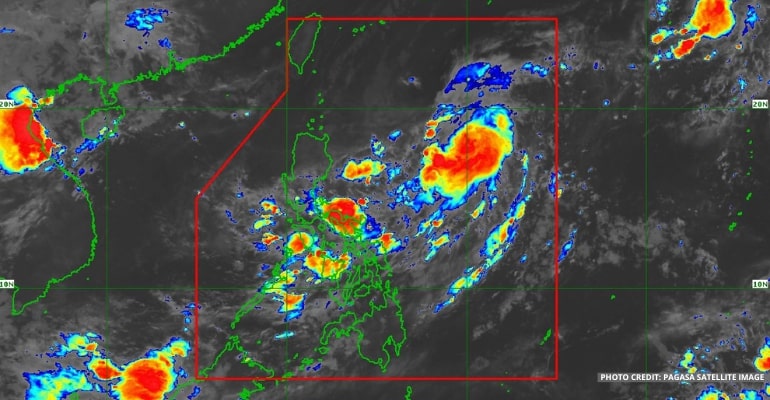 WEATHER UPDATE — According to the Philippine Atmospheric, Geophysical, and Astronomical Services Administration (Pagasa), Tropical Storm “INDAY” (international name MUIFA) will stay in the PAR (Philippines area of responsibility) for four days. The Tropical Storm has a possibility of strengthening into a Severe Tropical Storm today, and when the weekend comes, it is possible to be enhanced even more to become a Typhoon.

Pagasa said the Tropical Storm “INDAY” (MUIFA) is now located 865 km East of Central Luzon (17.2°N, 130.2°E) with maximum sustained winds of 85 km per hour near the center and gustiness of up to 105 km per hour. It is moving West Northwestward slowly.

(But if we notice it, we don’t see any landfall scenario or a hit to the land, or be directly affected by Tropical Storm Inday.)

For today’s weather forecast, Bicol Region, Panay Island, Samar Provinces, Mindoro Provinces, Quezon, Marinduque, and Romblon will have cloudy skies with scattered rain showers or thunderstorms, with the possibility of flash floods or landslides due to moderate to at times heavy rains.