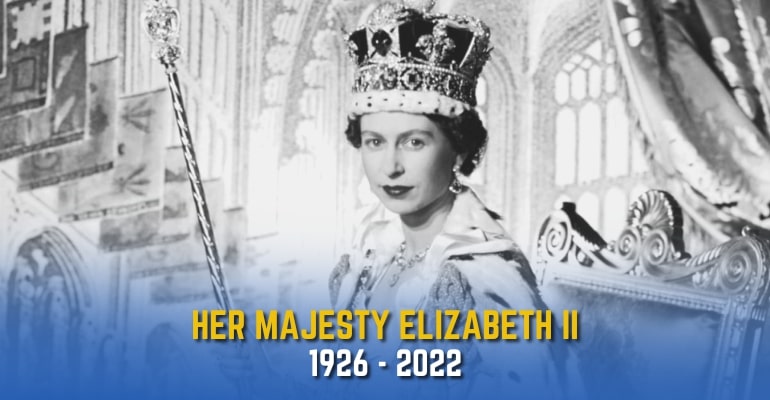 LONDON, UK — The second Elizabethan age has come to an end as Queen Elizabeth II dies at 4:30 pm BST, September 8, 2022, at Balmoral Castle in Scotland. The late Queen was 96. The crown was immediately passed on to her eldest son and heir, now King Charles III.

A few hours after Buckingham Palace released a statement regarding concerns about the Queen’s health, another message followed announcing her death. It was also noted that many senior royals had made their way to Balmoral before and after her passing.

Other than an official post from their social media accounts, the royal family also posted outside Buckingham Palace an official notice which announced the death of the Queen: “The Queen died peacefully at Balmoral this afternoon. The King and Queen Consort will remain at Balmoral this evening and will return to London tomorrow.”

The union flag on top of the place was also lowered at half-mast at 6:30 pm BST.

After a heavy downpour, a thousand supporters outside the Palace gates see a double rainbow that could be seen over major landmarks across the capital.

The death of the Queen was also announced by the British broadcasting network BBC through a news report interrupting its normal program. The announcement is part of Operation London Bridge, a plan which entails the events that will happen upon the death of the Queen.

It begins with the royal staff calling the Prime Minister in a secure line, saying, “London Bridge is down.”

However, since the Queen died in Scotland, a less well-known plan – Operation Unicorn – has taken place.

In Operation Unicorn, the late royal’s body will be taken to the official royal residence in Edinburgh at the medieval palace called Holyroodhouse for a day. Following that, she will then be taken to St. Gile’s Cathedral. Both places are where people can pay respects in Scotland.

The following day, her body is transported back to London, where Operation London bridge commences. Her arrival via train will be laid out with supporters and armed forces forming an honor guard on every platform of the route.

In London, the Queen’s body will lie in Bucking Palace’s throne room, then onto a gun carriage for the journey to Westminster Hall. There, an official period of lying in state for four days begins.

On the day of the funeral, the late royal’s body is transported to Westminster Abbey while Big Ben chimes across the city.

It is also reported that businesses will close down for a day, including the London Stock Exchange, to pay respect to and mourn the longest reigning Queen of over 70 years and 7 months – Queen Elizabeth II.

God save the Queen, and may she rest in eternal peace. – WhatALife!