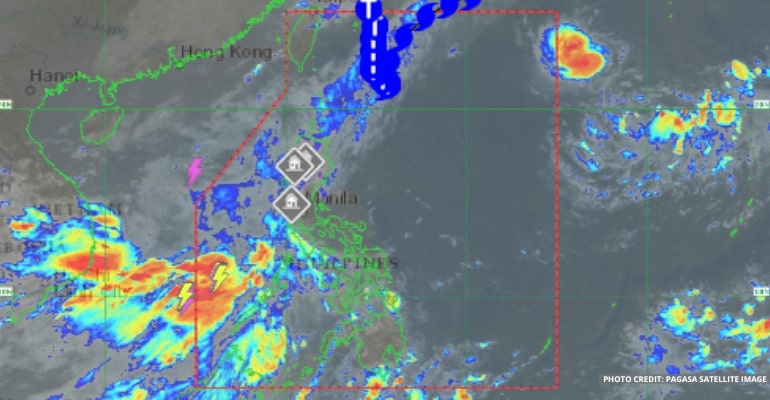 WEATHER UPDATE — According to the Philippine Atmospheric, Geophysical, and Astronomical Services Administration (Pagasa), two Tropical Depressions are spotted near the Philippine Area of Responsibility (PAR).

PAGASA forecaster Aldczar Aurelio said that Western Visayas, Zamboanga Peninsula, Palawan, Occidental Mindoro, Zambales, and Bataan will have cloudy skies with scattered rain showers or thunderstorms, with the possibility of flash floods or landslides due to moderate to at times heavy rains.

Effects of the Southwest Monsoon (Habagat) continue to occur in the western sections of Northern and Central Luzon. So for this day, scattered rains are expected.

Pagasa spotted a Tropical Depression located 1,680 km East Northeast of Extreme Northern Luzon (23.6°N, 137.9°E) with maximum sustained winds of 45 km/h near the center and gustiness of up to 55 km/h. It is moving West Southwestward at 20 km/h.

The weather disturbance is outside the PAR, so it has no effect on the country, and it does not influence the Southwest Monsoon.

(The next name of the storm is “INDAY” and “JOSE”)