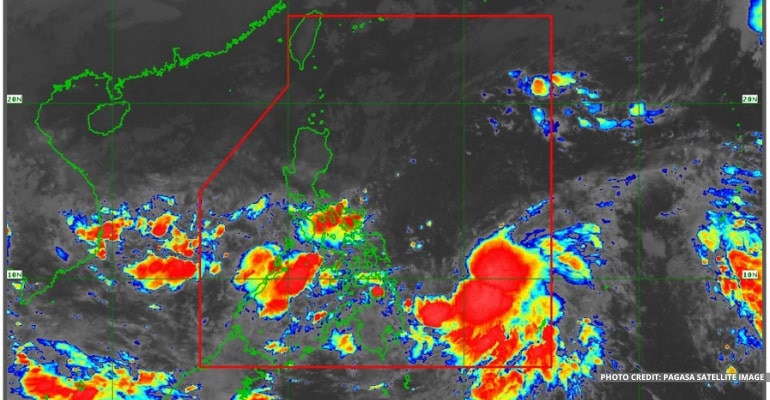 WEATHER UPDATE — According to the Philippine Atmospheric, Geophysical, and Astronomical Services Administration (Pagasa), the trough of TD (Tropical Depression) “PAENG” is affecting Mimaropa, the entire Visayas, and portions of Mindanao. Bagyong PAENG also slightly intensifies while moving west northwestward over the Philippine sea.

PAGASA continues to monitor the TD, and based on the latest data, Bagyong “PAENG” is now located 670 km East of Borongan City, Eastern Samar (12.1°N, 131.6°E). It has maximum sustained winds of 55 km per hour near the center and a gustiness of up to 70 km per hour. It is moving West Northwestward at 10 km per hour.

(Due to the effect of the trough or extension of TD “PAENG,” expect cloudy skies with scattered rain showers and thunderstorms to continue from this morning until evening)

For the remainder of the forecast period, starting this morning until this week, expect the TD to move generally West Northwestward toward the northern or central portion of Luzon.

On Sunday, Bagyong PAENG may make landfall somewhere in the coastal area along the eastern portion of Central Luzon or Mainland Cagayan.

PAGASA does not rule out a downward shift, resulting in a possible landfall in the eastern portions of Central or Southern Luzon.

Within 24 hours, the TD may possibly grow stronger into a Tropical Storm category and a Typhoon category by Saturday. Further intensification is not ruled out in the next 72 hours.

Tropical Cyclone Wind Signal #1 is hoisted for the following areas:

Meanwhile, Metro Manila and the rest of Luzon will experience partly cloudy to cloudy skies with isolated light rains due to the Amihan or Northeast Monsoon.

The rest of Mindanao will experience partly cloudy to cloudy skies with scattered rain showers and thunderstorms due to localized thunderstorms.