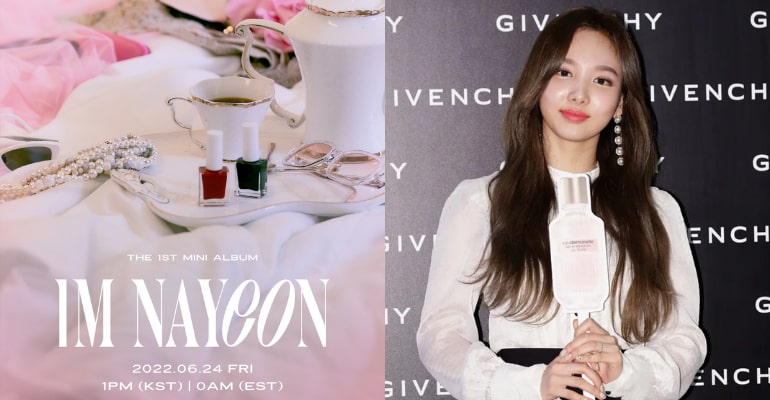 SEOUL, SOUTH KOREA — TWICE’s Nayeon will be having her debut as a solo artist this coming June, as per the announcement of JYP Entertainment on Thursday, May 19.

The girl group’s official Twitter account revealed on Wednesday, May 18, that Nayeon’s first mini-album is titled, ‘IM NAYEON,’ which they will be releasing on June 24, 2022. They also shared that her mini-albums pre-orders will start this coming May 24.

The 26-year-old group’s lead vocalist is known to be the first member of the well-known South Korean group TWICE to release her solo album.

The K-Pop sensation has made its way to the United States for its fourth world tour. Since their debut in October 2015, they had numerous releases of their hits like “More and More,” “I Can’t Stop Me,” “Cheer Up,” “Alcohol-Free,” and “Likey.”

They had their debut in 2015 with “The Story Begins.” In addition to their famous hit songs, including “The Feels,” “What is Love,” “Scientist,” and “Fancy.”

The group is also continually growing its global fanbase. All nine members of the girl group recently launched their Instagram accounts after wrapping their two shows held at Banc Of California Stadium in Los Angeles, marking the end of the North American leg of their ‘III’ world tour.

On May 18 and 19, the group members had a recent appearance on the popular late-night talk show ‘The Late Show with Stephen Colbert,’ putting on a dashing performance of “The Feels.”

The latest appearance on CBS’s show marks their studio debut. They also went to Twitter’s trending topic with the hashtag “TWICExCOLBERT.”

In 2021, they also appeared as one of the musical guests on ‘The Late Show’ and broadcasted a filmed performance of their song entitled “I Can’t Stop Me” from Seoul. – WhatALife!