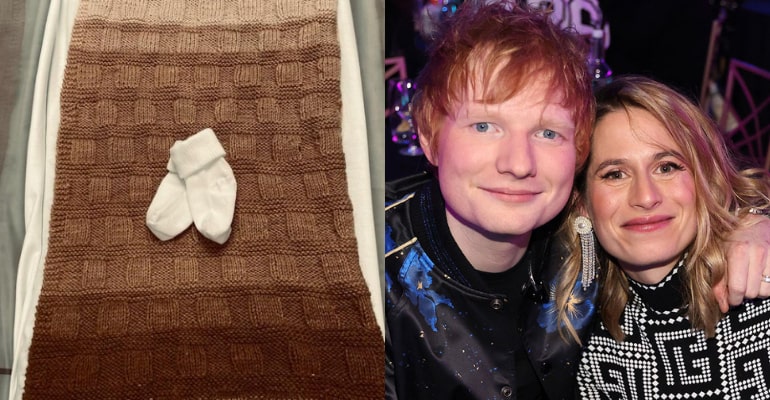 British singer-songwriter Ed Sheeran announces the birth of his second daughter with his wife, Cherry Seaborn, on Thursday, May 19.

He took to Instagram to announce he and his wife are welcoming their newborn child by posting a picture capturing a pair of tiny white socks.

He expressed his happiness and love for them in his caption as they are now a “family of four.”

The couple did not yet share with the public further details, including her full name.

In 2019, Sheeran married Seaborn, whom he had known since the age of 11 years old. The couple welcomed their first child, Lyra Antarctica Seaborn Sheeran, in August 2020. Sheeran also greeted her the same way he welcomed their new baby girl.

The 31-year-old singer has attained the highest levels of success for a British artist in the past decade, spending 79 weeks at the top of the charts with eight No. 1 singles, including the global smash song “Shape of You,” alongside his four studio albums.

He first charted in the British charts last 2011 with his debut single “The A Team.” His most recent success occurred in London at the Ivor Novello Awards, where he became the winner in the category for most performed work with his hit song “Bad Habits.”

In addition to his musical career, he is one of the new names to join the line-up for “Capital Summertime Ball” with Barclaycard 2022, alongside David Guetta, NME reported last April 26, 2022.

The upcoming concert, which they dubbed “the UK’s biggest summer party,” will be in London at Wembley Stadium on Sunday, June 12, 2022.

They completed the concert’s line-up after announcing that Sheeran would be returning to the Summertime Ball for the first time since 2014. – WhatALife!