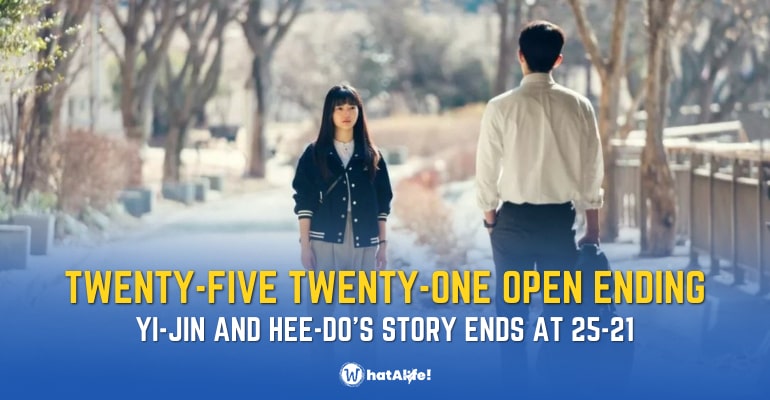 The series had a viewership rating increase due to its final episode.

Nielsen Korea stated that the final broadcast of the series scored with an average nationwide rating of 11.5. Its rating enabled them to take first place in its time slot and set a new all-time high for the hit show.

Some of their viewers made statements regarding their disappointments because of the open ending of the drama series.

“We spent 8 weeks making a lot of theories & even overthinking and you just gave us not only a sad but an open ending tvN?”

However, some viewers shared their sentiments about how the drama depicted reality.

“Was expecting a happy ending for #TwentyFiveTwentyOne finale but this is just the reality of life.”

The main cast revealed their memorable scene by choosing and telling their sentiments.

Kim Tae-Ri selected episode 2 as her favorite scene because she said that everything just came together.

Nam Joo-Hyuk chose episode 10 saying, “The five youth resemble the ocean. Whether it be a calm sea or raging waves, the youth standing there seem to be like us.”

“It’s a scene that still lingers in my mind,” said Bona.

The memorable scenes of Choi Hyun-Wook are the trip to the ocean and the cushion stealer, as they were scenes he is personally proud of.

Lee Joo-Myung decided episode 12 was her favorite scene as it shows her weakness and childish side.

Also Read: MNL48: A Fierce Comeback with ‘No Way Man’