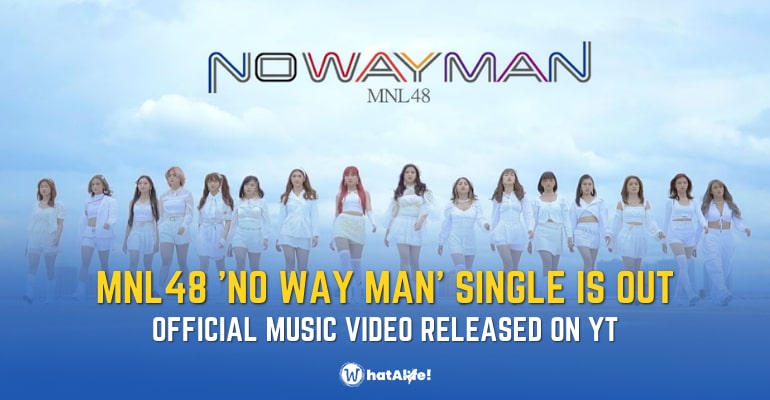 MANILA, Philippines — The Filipino idol girl group from Manila, MNL48, with its 48 members, made their most awaited comeback with the release of their seventh single, ‘No Way Man,’ on Friday, April 1, 2022.

Watch their new MV for No Way Man below:

The music video of their latest single, directed by Miko Pelino, has a video length of almost seven minutes. It consists of the third generation Senbatsu of the P-pop group parading the glamorous visuals and harmonious vocals. Their team member Abby Trinidad is their chosen Senbatsu center girl.

The ‘No Way Man’ latest single is the girl group’s newly released after their sixth single, ‘River,’ that came out last November of 2020.

At their press conference for the 2022 PPOP CONVENTION, they shared the intense preparation for their ‘No Way Man’ single as they are giving it to their avid fans as a gift.

“Sobra kaming nag-work hard for this. One year in the making siya. One year naming pinaghandaan. At masasabi po namin na it’s worth it,” said MNL48.

(We really worked hard for this. It’s one year in the making, one year of preparations. And we can say that it’s worth it.)

MNLoves, their fanbase, made an online celebration on Twitter as they trend on the platform’s Philippine Top Trending topics with the hashtag ‘MNL48_NoWayManMV’ and tagline ‘MNL48 7thSingle NWM.’

The all-girl group is going to be at the 2022 PPOPCON concert this coming April 10 at the Smart Araneta Coliseum together with other popular P-pop groups. – WhatALife! / Marean