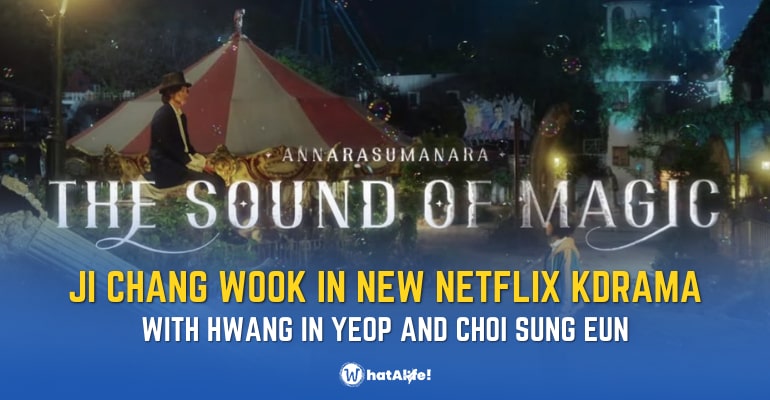 It is a fantasy music drama based on the 2010 Naver Webtoon, “Annarasumanara,” which was written by Ha Il Kwon. The series follows the story of Lee Eul, a mysterious magician who appears in front of Yoon Ai, a girl who has lost her dreams, and Na Il Deung, a boy that is forced to dream.

There was a release of details about the three lead characters on April 7. The series will also be streamed on Netflix.

Ji Chang Wook will play Lee Eul, a strange magician who leads a reclusive life in an abandoned theme park. He is an eccentric adult who wants to live forever as a child. He also asks the phrase, “Do you believe in magic?” before his magic tricks performance.

Choi Sung Eun will play Yoon Ai, a girl living a life of misery. Her father’s sudden disappearance made her lose her dreams and made her desperate to grow up quickly to have the freedom from the burdens of life. But one day, Yoon Ai meets Lee Eul by chance, which soon spurs her into discovering her lost laughter and innocence once more.

The leading star of the Korean drama ‘True Beauty,’ Hwang In Yeop, will play the character of Na Il Deung, a star student who has no idea what he wants in life. However, after he learns about the fun of magic with Lee Eul and Yoon Ai, his character suddenly begins to change. – WhatALife! / Marean